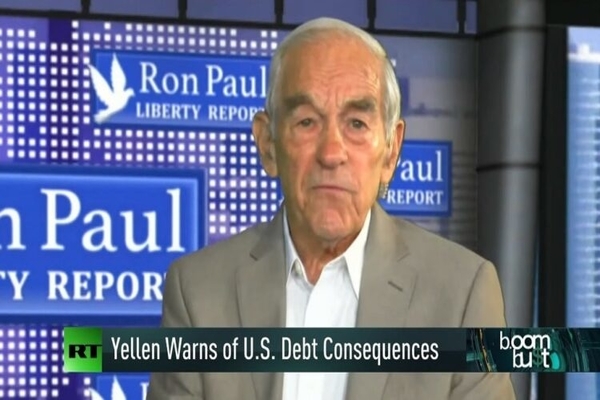 (bigleaguepolitics) – On Tuesday The Ron Paul Institute for Peace and Prosperity, an organization set up by then former Republican presidential candidate and congressman Dr. Ron Paul, had its Youtube channel banned by Google, with the block meant to be permanent at the time. Google later reinstated the institute’s account, blaming a “mistake” for baning it.

YouTube typically uses a three-strike system before terminating a channel, often within a 90 day period. According to Dr. Paul Youtube gave no warning whatsoever, issuing precisely zero strikes before banning the account.

“Very shocked that @YouTube has completely removed the Channel of my Ron Paul Institute: no warning, no strikes, no evidence,” wrote Paul. “Only explanation was ‘severe or repeated violations of our community guidelines.’ Channel is rarely used. The appeal was automatically rejected. Help?”

Following outrage from various different groups, Youtube later decided to undo their permanent ban on Paul’s channel, even taking to Twitter to claim that it was a simple accident the entire time.

“Heard back from our team that this was a mistake and your channel has been reinstated,” a Twitter Youtube account wrote in reply to Paul. “Thanks for being patient while we sorted this out – we’ll be reaching out via email shortly in case you have any questions.”

The former congressman replied back, thanking the social media company for their reinstatement of his channel.

A separate channel associated with Paul, the Ron Paul Liberty Report, was censored by YouTube earlier this year. At the time, YouTube accused Paul — a licensed physician with a medical doctorate from Duke University and years of active medical practice in both the military and civilian life to show for it — of “medical misinformation.”

The episode that Youtube used to justify their censorship involved Paul criticizing Dr. Anthony Fauci over his lying and flip-flopping on the efficacy of masks in combating the Chinese coronavirus. The episode can still be found on Soundcloud and some other platforms.

In the past, YouTube has also categorized a number of the former congressman’s videos, particularly ones featuring Julian Assange and criticizing U.S. policy towards Afghanistan, as “not suitable for advertisers,” stripping the channel’s ability to acquire any ad revenue from the video.