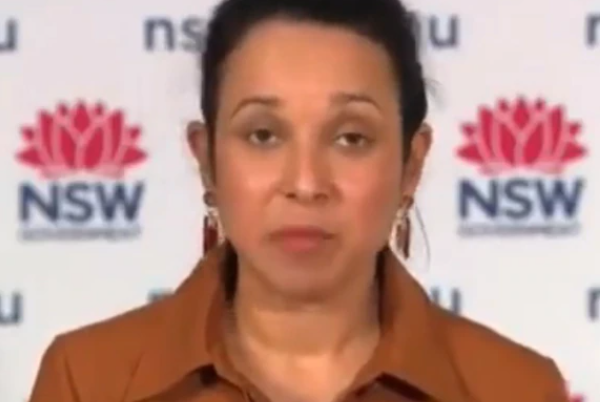 (bigleaguepolitics) – An Australian government official from the province of New South Wales has admitted that six of seven recent COVID-19 deaths came from the vaccinated.

“As the minister said, tragically today, we announced the deaths of seven people who had lost their lives to COVID-19, four women and three men, one person was in their 40s, one person in their 50s, two people in their 70s, two people in their 80s, and one person who was in their 90s, all of those individuals had underlying health conditions, one person was not vaccinated, three people had received one dose of the COVID vaccine, and three people had received two doses of the COVID vaccine,” NSW Deputy Chief Health Officer Dr. Marianne Gale said.

Even though the vaccines do not seem to be stopping deaths, Australia will use the fear to continue their Orwellian crack down and demand more people submit to the jab as a result of the news.

Big League Politics has reported on Australia’s sick emergence as ground zero for the brutal globalist technocracy emerging in response to the never-ending pandemic:

“The Deputy Premier of New South Wales, a state in southeastern Australia, struck a decisively authoritarian tone when threatening unvaccinated people on Monday…

“There will be individuals in regional New South Wales who choose not to be vaccinated… Who will lose their freedoms on the eleventh of October.

The message to the unvaccinated is that you will not achieve any further freedom unless you get vaccinated.“

John Barilaro continues to mandate and enforce stay-at-home orders in the former penal colony, years after the arrival of the coronavirus to Australia and mass circulation of the disease.

Barilaro was forced to apologize last month after calling 300 people who attended a man’s funeral “dickheads,” unaware that the event didn’t even violate Australia’s strict and authoritarian COVID laws.

Images of draconian police crackdowns on protests in Australia have shocked the world, with police harassing free citizens for planning to attend a protest at their homes, and violently attacking those peacefully demonstrating against Orwellian stay-at-home mandates. There’s reason to believe Australia’s authoritarian response to COVID-19 has actually diminished trust in the vaccine and discouraged citizens from receiving it.“

The Australian model will be exported across the world as soon as the globalists have instilled enough fear among the masses to accept it. The darkest of all new world order prophecies are being realized, and mass resistance is the only antidote to this cruel and unholy tyranny being erected throughout the world.