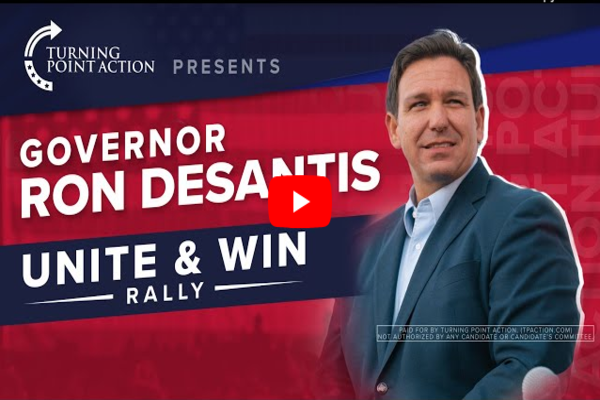 When asked who they would support if the governor’s race were held today, DeSantis takes the lead, 49 percent to Crist’s 41 percent — a lead outside of the survey’s +/- 4.5 percent margin of error. Seven percent said they remain unsure of who they would vote for.

Further, the survey found DeSantis with a positive favorability rating — 50 percent to 43 percent who view him unfavorably. Much like President Joe Biden, Crist’s favorability is underwater, as 34 percent view him favorably compared to 39 percent who maintain an unfavorable view:

It was taken prior to the landfall of Hurricane Ian—  September 18-25, among 669 likely Florida voters.

While the establishment media has salivated over the possibility of DeSantis botching the hurricane response, that has been anything but the case. In fact, one video went viral earlier this week featuring a self-proclaimed Democrat in Arcadia, one of the communities affected by the storm, expressing strong support for the governor.

“That gas is here in Arcadia,” the man said as he stood by another man, seemingly celebrating the arrival of gasoline in the area in the aftermath of the storm. “I don’t know about the rest of y’all, but it’s here in Arcadia, so y’all know who we’re voting for.”

“I don’t know about the rest of you motherf*ckers, but I’m voting for DeSantis, and I’m a Democrat,” he said. “So y’all can call him what the f*ck y’all want to call him.”

Meanwhile, Crist has used recent TV appearances to blame hurricanes on climate change, despite the fact that the massive storms have remained a constant throughout recorded history.