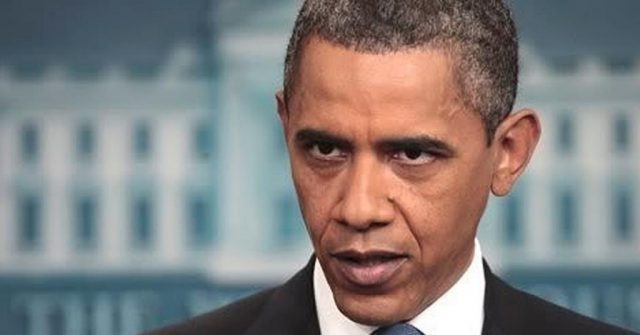 Former President Barack Obama used his eulogy at the funeral of Rep. John Lewis (D-GA) to call for an end to the Senate filibuster to pass Democrats’ new legislation on voting reform.

He urged Congress to pass a new version of the Voting Rights Act of 1965.

“You want to honor John? Let’s honor him by revitalizing the law that he was willing to die for,” Obama said, to applause.

Democrats have pushed for a new version of the law, after the Supreme Court invalidated part of it in 2013, saying that it was outdated.

The new version of the law, which has been renamed for Lewis, would restore federal supervision of state efforts to pass new election reforms.

Obama said Democrats should go beyond that legislation and also enact laws making voter registration automatic, granting the vote to ex-convicts, and making Election Day a national holiday, among other changes.

“And if all this takes is ending the filibuster, another Jim Crow relic, in order to secure the God-given rights of every American, then that’s what we should do.”

Without mentioning Donald Trump by name, Obama likened the president to segregationist Democrat Gov. George Wallace of Alabama, and compared federal law enforcement officers to the police who beat civil rights marchers across the South.

He accused the government of “sending agents to use tear gas and batons against peaceful demonstrators.”

C-SPAN
(In fact, federal law enforcement was sent to Alabama to confront segregationist George Wallace, not the other way around.)

Obama also hinted at statehood for Washington, DC, and for Puerto Rico, describing them as disenfranchised.

D.C. residents have a delegate, but not a voting representative, in Congress; residents of Puerto Rico cannot vote in national elections.

Both would likely elect two Democrats to the U.S. Senate if they became states, effectively preventing a future Republican majority.