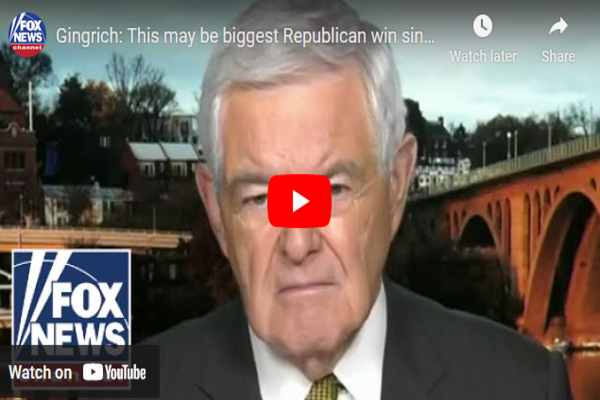 (breitbart) – On Monday’s “Fox & Friends,” former House Speaker Newt Gingrich declared next month’s midterm election could be the biggest election for the Republican Party in more than 100 years.

“I think a tsunami is coming – I think it’s going to be huge,” he said. “When people learn that every single Democrat in the House voted for the Transgender Supremacy Act and that all of the Democratic senators up for re-election, every one of them co-sponsored the Transgender Supremacy Act in the Senate, and they look at the details of that bill. They realize it would guarantee any boy who decided to declare he was a girl could go into the girl’s locker room. It would guarantee that students could be tutored by their school without telling their parents. It would place transgender rights above religious liberty. The Catholic bishops had a devastating critique of the bill.”