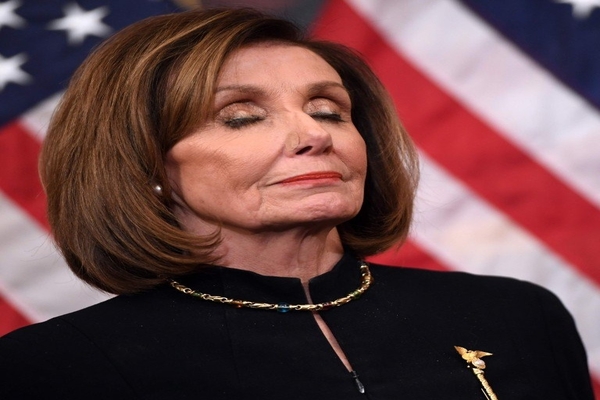 (dailyconservative) – Speaker of the House Nancy Pelosi (D-CA) just said it is over and President Donald Trump is stunned. After all the hard work, she has effectively ended it. This could end her political career.

“Democrats are ‘heartless,’” tweeted Trump, calling out Pelosi and her colleagues. “They don’t want to give STIMULUS PAYMENTS to people who desperately need the money, and whose fault it was NOT that the plague came in from China.”

“Go for the much higher numbers, Republicans, it all comes back to the USA anyway (one way or another!),” Trump continued. He is encouraging Republicans to keep negotiating for a deal in spite of Pelosi’s ‘my way or the highway’ approach.

Shockingly, Pelosi is insisting upon a roughly $2.4 trillion bill for the second round of COVID-19 relief, which is “a wishlist of Democrat goodies,” noted Breitbart. Republicans are smartly trying to keep the cost down and remove any pork.

But Pelosi refuses to budge, even though Republicans and even moderate Democrats are willing to continue negotiations and come to a compromise. It appears that she would rather cause as much pain for Americans a possible right before the election.

Americans will remember this in the voting booth, however. Trump and Republicans have negotiated in good faith from the start, whereas Pelosi and her far-left minions would rather play games with people’s lives. November is coming.