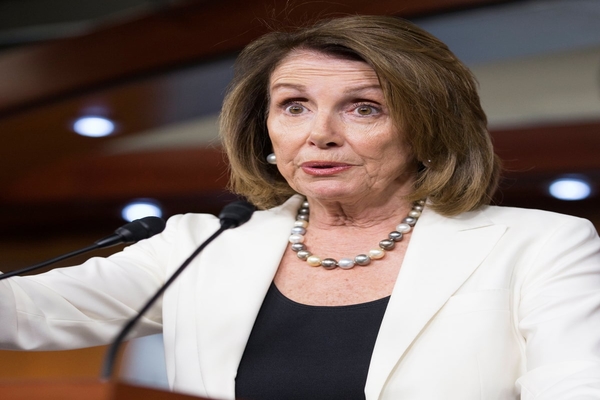 (breitbart) – House Speaker Nancy Pelosi (D-CA) bizarrely blurted out “Good morning, Sunday morning,” without explanation, in the middle of an interview with ABC News’ This Week.

The strange greeting came over six minutes into the interview, when host George Stephanopoulos asked Pelosi about whether congressional Democrats would bring impeachment proceedings for a second time against President Donald Trump if he moves forward with replacing Supreme Court Justice Ruth Bader Ginsburg, who died Friday.

“To be clear, you’re not taking any arrows out of your quiver, you’re not ruling anything out,” Stephanopoulos asked the speaker (~1:59 in the clip above).

“Good morning. Sunday morning,” she responded, before delivering an actual response several seconds later. “We, uh—we have a responsibility,” she said. “We take an oath to protect and defend the Constitution of the United States. We have a responsibility to meet the needs of the American People.”

The moment sparked ridicule across social media, including quips from Dilbert creator and New York Times bestselling author Scott Adams: “Watch this once while looking at Pelosi the entire time. Then watch a second time and look at Stephanopolous’s face when she answers”:

John Dennis, longtime Republican opponent of Pelosi in San Francisco, wrote: “I’ve been a Pelosi opponent for over 10 years. I’ve never seen her behave like this. Would love to speculate, but won’t indulge.”

Earlier in the interview, Pelosi did not rule out bringing impeachment charges against President Trump, hinting, “we have arrows in our quiver.”

“We have our options,” the speaker said. “This president has threatened to not even accept the results of the election with statements that he and his henchmen have made. Right now, our main goal and I think Ruth Bader Ginsburg would want that to be to protect the integrity of the election, that we protect the American people from the coronavirus.”

“I think it will be on Friday or Saturday and we want to pay respect, it looks like we will have services on Thursday or Friday, as I understand it, and I think we should, with all due respect for Justice Ginsburg, wait for services to be over,” the president explained.