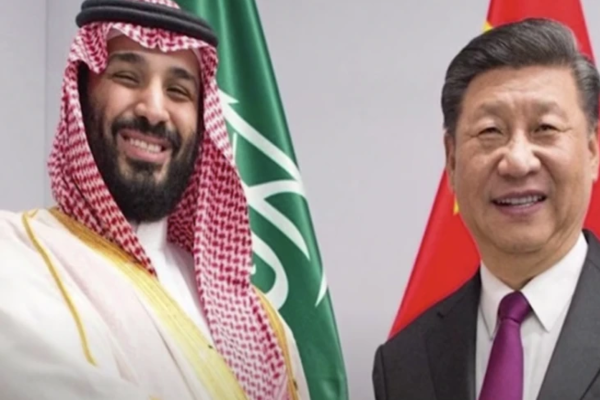 (bigleaguepolitics) – According to United States intelligence reports and satellite images, Saudi Arabia allegedly is setting up its own ballistic missiles with Chinese aid.

Per American intelligence agencies’ findings, Saudi Arabia is now manufacturing its own missiles. The Gulf Arab state has allegedly been suspected of acquiring middles from Beijing.

According to an NBC News report that relied on satellite imagery, Saudi Arabia is allegedly producing ballistic missiles at a site to the west of Riyadh, the capital of Saudi Arabia. Researchers at the Middlebury Institute of International Studies in Monterey, California provided this information.

“The key piece of evidence is that the facility is operating a ‘burn pit’ to dispose of solid-propellant leftover from the production of ballistic missiles,” stated Jeffrey Lewis and David Schmerler of the James Martin Center for Nonproliferation Studies at the Middlebury Institute.

They continued by noting that the site “appears to have been constructed with Chinese assistance.”

This news could greatly impact the U.S.’s negotiations with Iran in its efforts to re-enter the nuclear deal.

“If Iran were to enter into negotiations over its missile programme, it would be unlikely to accept limits that did not also apply to other countries,” stated Mark Fitzpatrick, an associate fellow at the London-based International Institute for Strategic Studies, in an article discussing Saudi Arabia’s missile program.

BLP has previously reported that Saudi Arabia has entertained building a nuclear program in the case that Iran goes nuclear.

“Saudi Arabia does not want to acquire any nuclear bomb, but without a doubt if Iran developed a nuclear bomb, we will follow suit as soon as possible,” bin Salman said to CBS back 2018.

Like Israel, Saudi Arabia is another ostensible American ally that has relations with China that could undermine American interests.

The Middle East is no longer of strategic importance to the U.S., which should be focused mostly on the Western Hemisphere anyways. At the end of the day, the national populist way of handling China consists of using geoconomic levers such as tariffs and greatly restricting legal immigration.