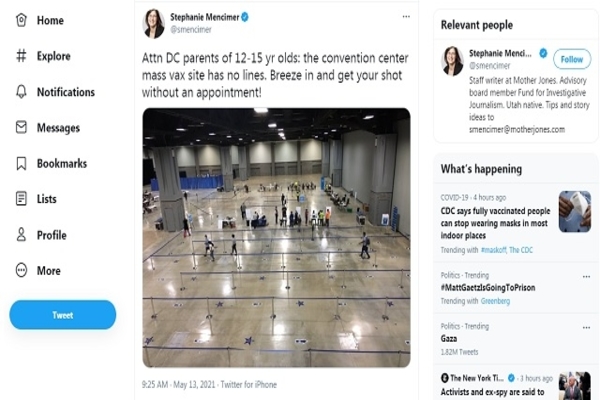 It appears the Washington convention center has been empty for a while.

Mass vax sites are empty in locations throughout the country.

Demand seems to have dried up in March.

I, for one, am doing my part by remaining in the control group for the rest of my life!