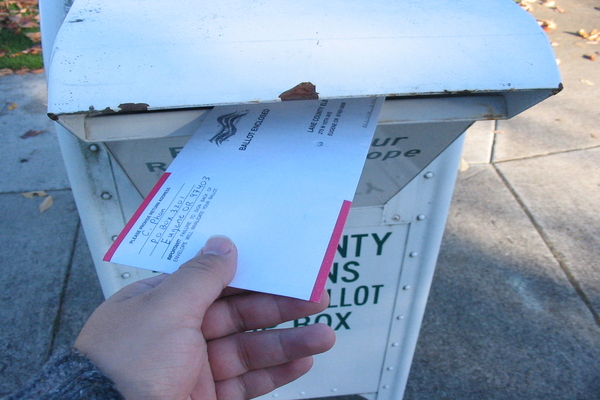 (trendingpolitics) – A Pennsylvania court has ruled that the mass mail-in ballots that played a pivotal role in the 2020 election chaos are unconstitutional.

The Acting Secretary for the Pennsylvania Department of State had his application denied for summary relief. The ruling can be read in full below:

Commonwealth Court President Judge Mary Hannah Leavitt, who presided over a five-person panel of judges, wrote: “If presented to the people, a constitutional amendment to end Article VII, Section 1 requirement of in-person voting is likely to be adopted. But a constitutional amendment must be presented to the people and adopted into our fundamental law before legislation allowing no-excuse mail-in voting can be ‘placed upon our statute books.’” Will Joe Biden increase tension with Russia?* Not our problem Yes Email* This poll gives you free access to our premium politics newsletter. Unsubscribe at any time.

It is unclear why the judge was making political assessments in her filing, but nonetheless it stands that the changes to the law violated the Pennsylvania constitution.

As the ruling states: “Act 77,inter alia, created the opportunity for all Pennsylvania electors to vote by mail without having to demonstrate a valid reason for absence from their polling place on Election Day, i.e., a reason provided in the Pennsylvania Constitution.”

“The central question presented in this matter is whether Act 77 conforms to Article VII of the Pennsylvania Constitution, which article governs elections,” the ruling states. “In resolving this question, we recognize that ‘acts passed by the General Assembly are strongly presumed to be constitutional’ and that we will not declare a statute unconstitutional ‘unless it clearly, palpably, and plainly violates the Constitution. If there is any doubt that a challenger has failed to reach this high burden, then that doubt must be resolved in favor of finding the statute constitutional.’”

The decision by a five-judge Commonwealth Court panel may be put on hold immediately due to an appeal by Governor Tom Wolf.

The Pennsylvania Department of State said in a statement to Forbes it “disagrees with today’s ruling and is working to file an immediate appeal to the Pennsylvania Supreme Court.”

Pennsylvania’s Act 77 that greenlit no-excuse, mass mail-in voting in 2019 was actually a compromise forged between legislative Republicans and Democratic Governor Tom Wolf. Republicans voted for it 27-0 in the Senate, and 105-2 in the House. Democrats did not support it in the Senate and split their votes against it in the lower chamber.

The case concerned a federal court challenge to the Pennsylvania Supreme Court decision that required election officials to receive and count mailed-in ballots that arrived up to three days after the election.

The justices had called for additional briefing that was not complete until the end of March. The DNC argued that the election was ‘over’ and therefore justice did no longer mattered in the case.