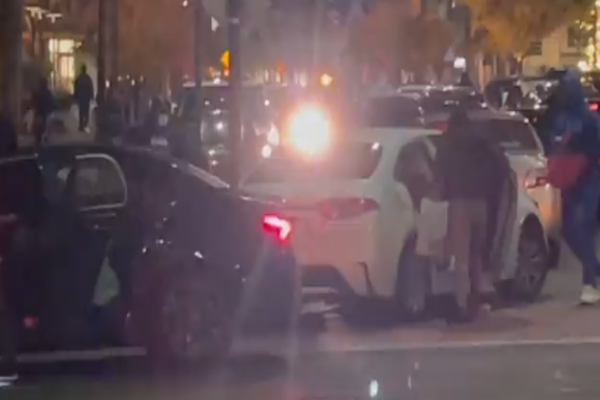 (breitbart) – Officials in Los Angeles announced Thursday with great fanfare that they had made 14 arrests in connection with recent “mass looting” events in the city — but all fourteen have since been released from jail, either with or without posting bail.

After a spate of brazen smash-and-grab robberies left Los Angeles-area retailers and shoppers on edge last month, officials announced Thursday that they had arrested 14 suspects in connection with the crimes.

Mayor Eric Garcetti and Los Angeles Police Chief Michel Moore, joined by other officials and members of the business community at LAPD headquarters, said none of the 14 suspects remains in custody.

One of the suspects is a juvenile, Moore said. The others either posted bail or were released without bail.

The chief pointed to zero-bail policies that were put in place last year for certain crimes, including burglary, as a public health measure to reduce jail populations during the COVID-19 pandemic.

“Progressive” policies to reduce or eliminate bail have come under the spotlight recently, after a number of high-profile crimes allegedly committed by those released, including a mass murder in a Christmas parade in Waukesha, Wisconsin.

California has a particular problem: not only is cash bail being removed, but the state is governed by Proposition 47 of 2014, which makes retail thefts of up to $950 misdemeanors instead of felonies, meaning that fewer are ever fully prosecuted.

Both Los Angeles and San Francisco have seen mass looting events in the past several weeks. The phenomenon began the weekend before Thanksgiving with a large heist of high-end stores in San Francisco’s Union Square. It has since spread to the suburbs in the Bay Area, to fashionable stores in Los Angeles, and to other cities around the nation, including Chicago.