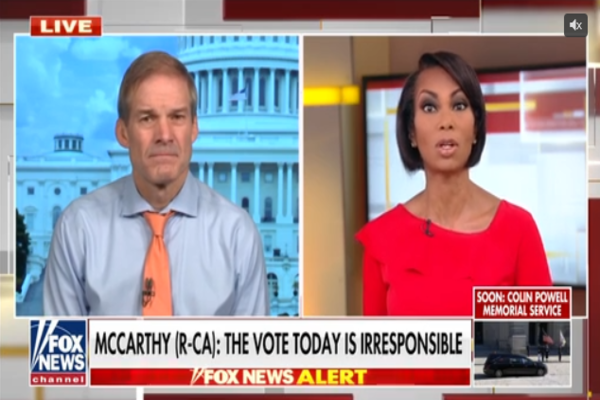 Jordan pointed out the irony that Hillary Clinton’s campaign was “cozying up to Russia,” not Trump’s. He added that he was “encouraged” those responsible for the “garbage dossier” would be held accountable.

“I think it’s important to understand this indictment and the one that happened a few weeks back with Mr. Sussmann, both of these are not about these individuals lying to John Durham and his investigative team,” Jordan outlined. “They are about the original lies they told in 2016 and 2017 to the FBI that started this charade that was the Trump/Russia investigation. So, Durham is going to the source when it all began.”

“[B]oth of these individuals, Sussmann and Danchenko have ties to the Clinton campaign,” he continued. “So, I think it is interesting. You know, oh, President Trump was working with Russia. That was baloney. But in fact, it was the Clinton campaign who was cozying up to Russia and people who had influence with Russia. That, to me, is the irony of all this. So, I’m actually encouraged that we’re actually going to hold people accountable who did wrong and put our country through this three-year ordeal that was based on garbage dossier and the garbage information that Sussmann took directly to the FBI.”