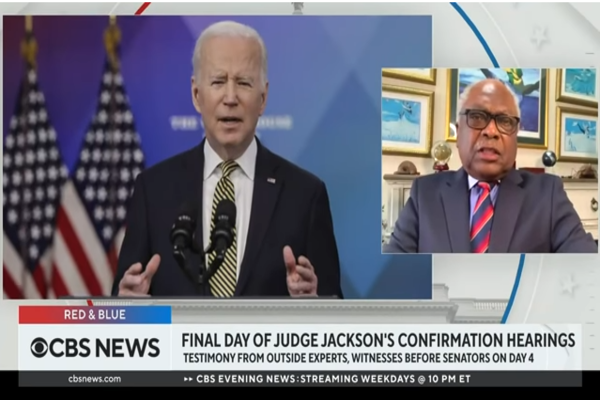 (breitbart) – During an interview with CBS News’ “Red and Blue” on Thursday, House Majority Whip Rep. James Clyburn (D-SC) stated that he believes President Joe Biden will do “some things on voting that may surprise some people,” and this will help boost his poll numbers.

Clyburn said that the confirmation process for Supreme Court nominee Judge Ketanji Brown Jackson will help Biden’s poll numbers, “but it’s not the only thing that’s going to impact those numbers. I think the president’s numbers are going to start to go up. This will help. The things that he will be doing, going forward, I think he’s going to be doing some things on voting that may surprise some people, and a few other things. His numbers will go up.”

Clyburn continued, “People have been comparing this president to Franklin Roosevelt and other presidents. I’ve always compared Joe Biden to Harry Truman. … His style, his demeanor reminds me a lot of Harry Truman, his steel will, and the way he is going to go about running his office of the presidency. I think people will remember that Harry Truman’s numbers were always soft. … This president is doing a great job, the American people know that, and I think that we’ll all see that at the polls, not the ones taking place now.”