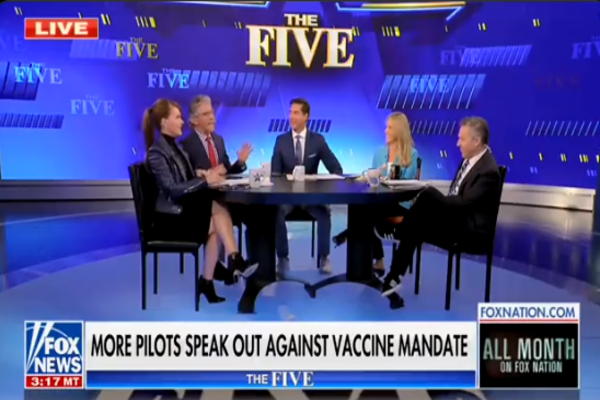 (breitbart) – Tuesday on “The Five,” Fox News host Geraldo Rivera said Rep. Chip Roy (R- TX) was getting ‘”sexual pleasure from the chaos and the disruption” at Southwest Airlines.

On pilots balking at the companies coronavirus mandate, co-host Jesse Watters said, “I think this is just the beginning. You will have firefighters, police officers, teachers. you will lose 10% of the reports on all union jobs, and that is not returning to normal.”

Rivera said, “I agree with Jesse’s tone. I believe mandates exist for a reason. The Supreme Court in 1905 decision made very clear unless this court reverses over a century of precedent. The federal government has the constitutional right to impose a mandate.”

He continued, “The congressman from San Antonio and Austin Chip Roy, this guy is an ideological lunatic. He said when he looked at the crowd of people who could not get on the Southwest flights, ‘This makes me happier than I can articulate. Eat it, Southwest Airlines.’ This is a guy almost getting sexual pleasure from the chaos and disruption.”

Watters said, “To make this sexual you’re a sick man.”

Rivera said, “Congressman Roy, I challenge you, what did you mean when you said ‘eat it’ to Southwest Airlines.”