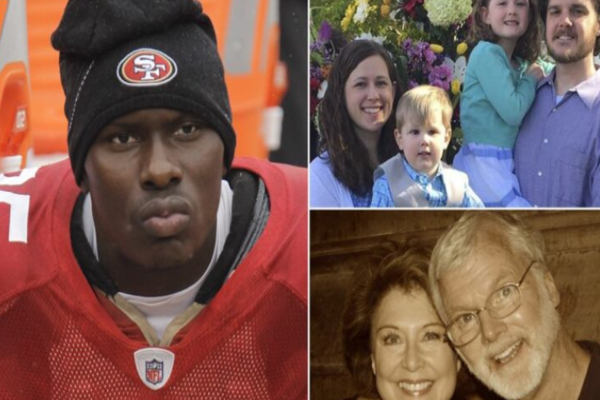 (bigleaguepolitics) – Former NFL player Phillip Adams has been identified as the suspect behind the murder of five people at a South Carolina home.

Adams, 32, shot and killed a prominent doctor, his wife, two of their grandchildren, and a maintenance worker. Another maintenance worker was seriously injured and airlifted to a hospital in Charlotte, North Carolina.

The mass shooting occurred in Adams’ hometown of Rock Hill, South Carolina. According to The State, Adams shot and killed himself after police surrounded his family’s home.

An anonymous source also told WCBD Charleston that the home of Adams’ parents isn’t too far from Dr. Lesslie’s home and that Dr. Lesslie had previously treated Adams. The motive for the murders is unclear.

Adams played cornerback for the San Francisco 49ers, Oakland Raiders, New England Patriots, Seattle Seahawks, and New York Jets throughout his brief NFL tenure. His career began in 2010 when the 49ers drafted him in the seventh round (224th overall), but it only lasted until 2015 after he dealt with multiple injuries, including two concussions and a broken left ankle.

Prior to the NFL Adams had played high school football at Rock Hill High School and college football at South Carolina State University.