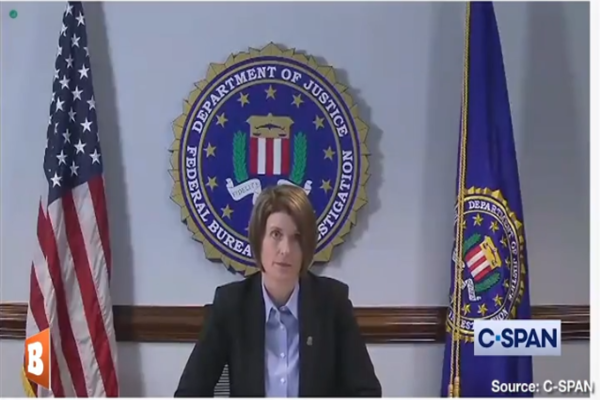 (breitbart) – The Federal Bureau of Investigations (FBI) issued a brash response to the “Twitter Files” tranche released Monday, but refused to address the central claim alleged in the reporting — that the bureau guided and cultivated company employees to censor the New York Post‘s reporting on the Hunter Biden “laptop from hell” series ahead of the 2020 election.

The Bureau claimed the authentic emails released by Elon Musk “show nothing more” than normal day-to-day operations of the agency, and that the release of the correspondences were “conspiracy theorists” propagating “misinformation with the sole purpose of attempting to discredit the agency.” The FBI did not specify in its response who it was referring to as “conspiracy theorists,” nor did it provide any explanation of what materials were “misinformation.”

Emails released this week by Musk and reported by journalist Michael Shellenberger revealed that the censorship of the Post‘s reporting on the Biden family business scheme was an operation led by the FBI, in conjunction with Twitter. Shellenberger’s reporting revealed that federal agents “discredited factual information about Hunter Biden’s foreign business dealings both after and before The New York Post revealed the contents of his laptop on October 14, 2020″ — working with top management at Twitter to censor and disparage the Post‘s reporting. Shellenberger’s reporting showed that the narrative that the Post‘s 2020 reporting was part of an alleged “hack-and-leak” attack by “Russia” was conceived by the FBI — a narrative that was also adopted by legacy media as justification for their refusal to broadcast the story.

According to a federal subpoena originally published by the Post, while the FBI was alleging the “laptop from hell” reporting was based on “hacked” files, the FBI itself was in possession of the exact same materials, which it had since December 2019 and received from the same original source as the Post.

Shellenberger wrote that “during all of 2020, the FBI and other law enforcement agencies repeatedly primed Yoel Roth to dismiss reports of Hunter Biden’s laptop as a Russian ‘hack and leak’ operation,” referring to the Head of Trust and Safety and one of Twitter’s chief censors — despite the fact that the FBI had the Biden scion’s laptop since 2019, and amid Roth allegedly pushing back that “Twitter executives repeatedly reported very little Russian activity” on the platform.

Shellenberger reported that, after the election, Twitter deputy counsel and former senior member of the FBI, Jim Baker, reached out to thank the FBI for its successful effort to censor and discredit the New York Post‘s reporting.

“In the end, the FBI’s influence campaign aimed at executives at news media, Twitter, & other social media companies worked: they censored & discredited the Hunter Biden laptop story. By Dec. 2020, Baker and his colleagues even sent a note of thanks to the FBI for its work,” Shellenberger wrote.

In its response, the FBI did not address any of the allegations from the Twitter Files reporting, only claiming that it represents “examples of our traditional, longstanding and ongoing federal government and private sector engagements.”