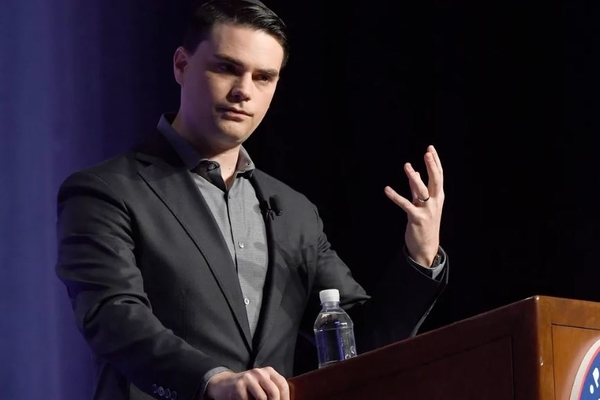 (theblaze) – Ben Shapiro, conservative commentator, author, and founder of the Daily Wire, has admitted that he did not vote for President Donald Trump in 2016 — but plans to vote for the incumbent Republican president on Nov. 3.

POLL: Did you watch any of the 2020 Presidential Town Halls last night?
What’s the short version?
In a nearly nine-minute video released Monday, Shapiro explained why he plans to vote for Trump next month when he didn’t in 2016.

“First,” he admitted, “I was simply wrong about Donald Trump on policy.”

“Second,” he continued, “I wasn’t really wrong about Donald Trump on character, but whatever damage he was going to do has already been done, and it’s not going to help if I don’t vote for him this time.”

“Third — and most importantly — the Democrats have lost their f***ing minds,” he insisted.

What are the fine details?
In the video, Shapiro explained that while he once disagreed with some of Trump’s policy stances, the president has actually made a lot of headway for conservatives over the past four years.

Shapiro explained that the president’s conservative angles on the environment, national security, pro-life issues, and taxes are of utmost importance to the conservative commentator.

“Donald Trump has governed pretty conservatively,” the bestselling author continued. “I thought he would not be conservative in his governance. I was just wrong on that. Donald Trump radically cut regulation. He actually saw reductions in the number of man-hours dedicated to dealing with regulation for the first time in a long time under Donald Trump. He appointed originalist judges to the best of his ability.”

He also explained that Trump is unique in several ways.

“Donald Trump is the first president of my lifetime not to start any new wars, which is a kind of big thing,” he reasoned.

“He’s resisted using the federal government to control everybody’s life during COVID. That’s a big thing. This is the biggest government power grab of my lifetime, and Trump refused to do it,” Shapiro continued.

“Here’s the deal: I’m voting for Trump. You don’t have to love Trump’s character. You don’t have to like his Twitter account to vote for him. … But if you care about the Constitution and economic freedom and the security of the United States, you really don’t have a whole hell of a lot of choice.”

Shapiro also added that Democrats simply cannot be trusted with “levers of power” and will only “seek to ruin anybody who stands in their way.”

You can listen to Shapiro’s full remarks in the video below.