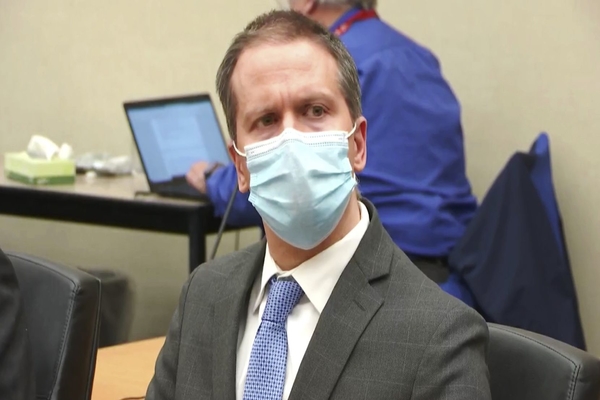 (breitbart) – Minnesota Attorney General Keith Ellison said Sunday on CBS’s 60 Minutes there was no evidence George Floyd was a victim of a “hate crime” or racial bias.

“I wouldn’t call it that because hate crimes are crimes where there’s an explicit motive and of bias,” Ellison said. “We don’t have any evidence that Derek Chauvin factored in George Floyd’s race as he did what he did.”

Ellison’s statement was in response to host Scott Pelley, who asked if the murder was due to “a hate crime?”

Ellison continued, “I will admit, I felt a little bad for the defendant. I think he deserved to be convicted. But he’s a human being.”

Pelley followed up on Ellison’s feelings, “Somehow, I did not expect to hear from you a note of compassion for Derek Chauvin.”

“I’m not in any way wavering from my responsibility,” Ellison stated. “But I hope we never forget that people who are defendants in our criminal justice system, that they’re human beings. They’re people.”

Then-Attorney General William Barr supported Ellison’s contention. “I think the narrative that the police are on some, you know, epidemic of shooting unarmed Black men is simply a false narrative and also the narrative that that’s based on race,” Barr told CNN. “The fact of the matter is very rare for an unarmed African American to be shot by a white police officer.”

But some media outlets have chosen to insinuate the case was not just about Derek Chauvin and his poor judgment. The New York Times wrote, “The verdict … was a rare rebuke of police violence, following case after case of officers going without charges or convictions after killing Black men, women and children.”

USA Today published a headline that contented, “Derek Chauvin’s attorney says the murder trial ‘is not about race.’ His own line of questioning suggests otherwise.”

CNN ran the story, titled “After Floyd death, Minneapolis police still use force on Black people at disproportionate rate,” which went on to correlate policing tactics of “force” with “race.”