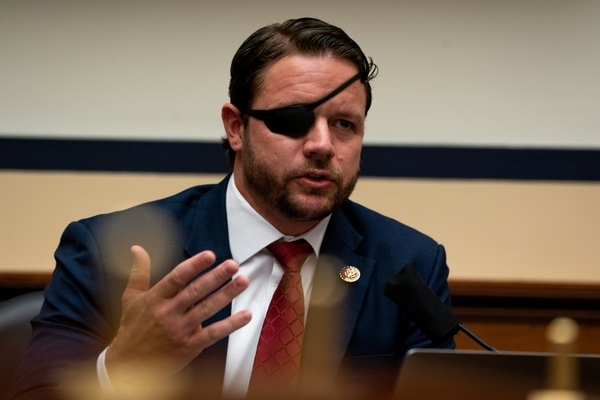 Thursday on Fox News Channel’s “The Ingraham Angle,” Rep. Dan Crenshaw (R-TX) warned Democrats have exerted power and influence over the elite institutions in America in the name of promoting a so-called woke agenda.

The Texas Republican lawmaker described that movement as “fascism.”

“[T]hey’re venturing into territory that they don’t understand,” he said. “That they know nothing about and in an attempt to what, this is what I called the phenomenon that’s going on. It’s progressive fascism because what is fascism? Well, it’s the regimentation of the economy of society. And it’s the forced suppression of your opposition. That’s what’s happening right now.”

“The Democrats have successfully captivated the institutions, pop culture, Hollywood, our education institutions, and now our corporations into their own woke agenda,” Crenshaw continued. “This is fascism, right. In the used cancel culture as a tool to impose their fascism on us. And so, they’re always using this – this anti-fascist labeling against the right, but they’re the ones who actually engage in the tactics, and it’s timely expose that. That’s really what’s happening here. And we should see it for what it is.”

“If they want to hire based on quotas, and virtue signal to us and imply that people didn’t have these opportunities, to begin with,” he added. “Fine. But don’t lie about other policy. OK, that’s what I really have a problem with.”