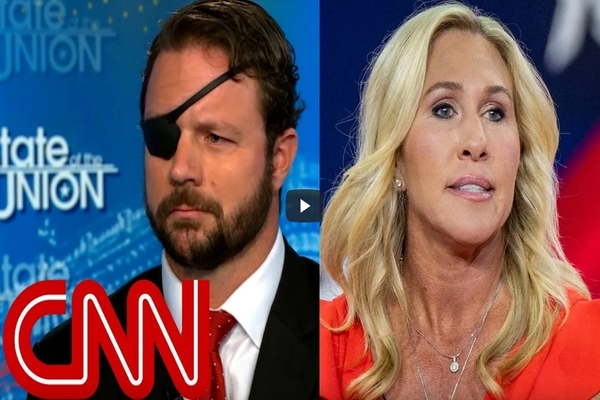 According to Crenshaw, “it’s hard to justify what the Department of Justice did” to obtain the classified documents.

“I’m not one to withhold criticism and even make my own side mad. I want to get to the truth,” Crenshaw outlined. “But I will be honest with you here. It’s hard to justify what the Department of Justice did here, in my opinion. And here’s why. Here’s what it really boils down to: It’s not a question that it’s bad to have classified material in a non-SCIF environment, right? That’s a nonsecret compartmentalized infrastructure there. That’s wrong.”

“And I still haven’t seen any evidence that … Trump was even asked to give these documents back,” he added. “He’s been cooperating with them on these issues for a while now, for months. And so, why take it to this extreme extent? And I think that’s why you’re seeing so much backlash from Republicans.”

Crenshaw argued that with Trump possibly running for office again that the “unprecedented” move was “automatically political.”

“This is a very unprecedented measure,” he explained. “And you know that when you’re going after an ex-president who may run again, that this is automatically political. You cannot separate the legal aspects of this from the political aspects of it. You can’t. And it doesn’t seem to me like they’ve acted responsibly as a result of that. And look, again, why not just ask him?”