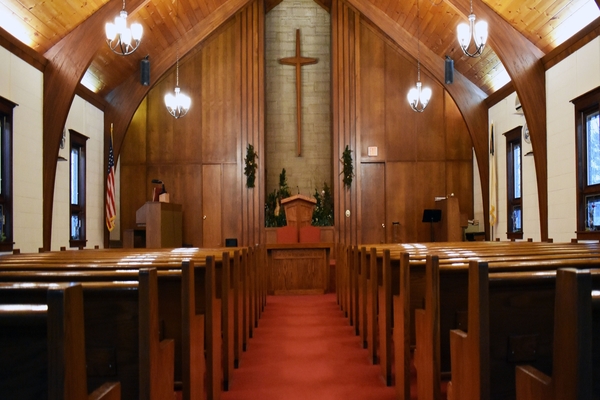 The Xuncheng Church was founded as an offshoot of Early Rain Covenant Church (ERCC) in Chengdu, a 5,000-member church shut down by Communist authorities in December 2018 whose pastor, Wang Yi, was sentenced to nine years in prison for “inciting subversion.”

The preacher of Xuncheng Church, Rev. An Yankui, graduated from the seminary founded by ERCC and follows the reformed theology of Pastor Wang Yi.

The following month, the Chinese Communist Party (CCP) ordered the ERCC to cease all online worship services. Since the shuttering of their church, ERCC members had to resort to online streamed worship services, but now the government wants to stop those as well, the Christian Post reported at the time.

The officials involved in last Sunday’s raid included members of the public security bureau, the ethnic and religious affairs bureau, the ministry of civil affairs, and local police, ICC reported. On arriving, the leader of the team went straight to the pulpit and seized the cell phone of the presider.

Before arresting Rev. An, the officials questioned his qualifications as a preacher, asking whether his credentials had been approved by the state and whether the worship service was registered with the government.

“In this day and age, where any religion in China has to submit itself to the control of the Chinese Communist Party (CCP) and President Xi Jinping, it is no longer a surprise that a house church is seen as an enemy of the state and clamped down upon,” said Gina Goh, ICC’s Regional Manager for Southeast Asia.

“China’s blindness to its violation of religious freedom needs to be continuously exposed so that Beijing knows it cannot get away with performing these evil acts,” Ms. Goh added.