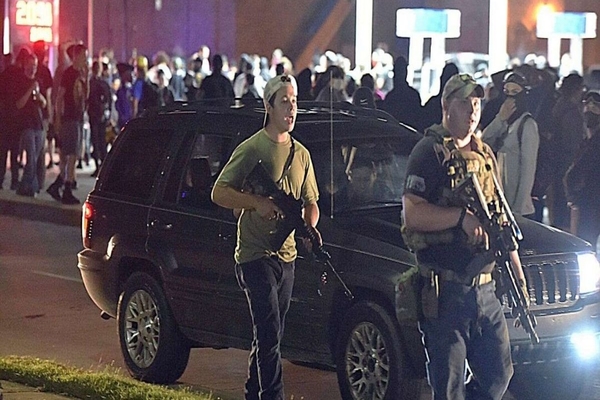 (bigleaguepolitics) – Illinois teenager Kyle Rittenhouse has been freed from the Kenosha County Jail in Wisconsin, after posting a $2 million bond set by a judge on Friday.

Rittenhouse is charged with two counts of first-degree murder for shooting and killing Joseph Rosenbaum and Anthony Huber during a Black Lives Matter riot in August. He’s also charged with a count of being a minor in possession of a firearm.

Rittenhouse had been extradited from Illinois to Wisconsin to face charges. He posted bond through his attorney, Mark Richards, on Friday at 2PM.

Big League Politics has revealed that Joseph Rosenbaum, the man who may very well have set off the tragic events of August 25th in Kenosha, is a convicted child rapist who served almost ten years in the Arizona prison system for sex crimes against minors between nine and eleven years old. Rosenbaum had been discharged from a mental hospital earlier on the day he was shot and killed, following his second suicide attempt.

Rittenhouse’s next court appearance is scheduled for December 3rd.