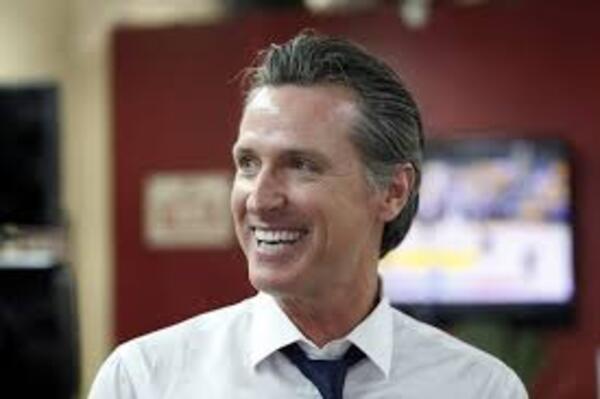 (breitbart) -The State of California confirmed a decision Thursday made by Gov. Gavin Newsom (D) in 2020 to ban the sale of gasoline-powered cars in the state by 2035, a bold climate goal that will close businesses, cut jobs, and increase strain on the power grid.

The California Air Resources Board (CARB) voted Thursday to approve the plan, which will have a negligible effect on global climate, but which Democrats hope will inspire changes throughout the auto industry and therefore a greater impact.

California Governor Gavin Newsom announced Wednesday that the state will ban sales of gas-powered vehicles, effective in 2035. Newsom said that the “audacious” goal was necessary to achieve the state’s goal of 100% renewable energy by 2045.

Newsom said that his new executive order would “eliminate” the sales of “internal combustion engines” and move to electric vehicles — a move that he said would create jobs and allow California to “dominate” the market, and address climate change. Those who currently own gas-powered vehicles would still be allowed to operate them and to sell them on the used market.

The State of California, analyzing the proposal, concluded that it would put tens of thousands of people out of work — destroying more jobs than the new zero-emissions automotive industry would create. As CalMatters noted in May:

By 2040, the state projects that nearly 32,000 auto mechanics jobs will be lost in California, since electric vehicles need far less maintenance and repair than conventional combustion engines.

Throughout the economy, an estimated 64,700 jobs will be lost because of the mandate, according to the California Air Resources Board’s calculations. On the other hand, an estimated 24,900 jobs would be gained in other sectors, so the estimated net loss is 39,800 jobs, a minimal amount across the state’s entire economy, by 2040.

But no single workforce in the state would be hurt more than auto mechanics: California has about 60,910 auto service technicians and mechanics, and more than half of those jobs would be lost over the next two decades if the mandate goes into effect, the air board calculates.

Nevertheless, the state pressed ahead. The new rules do not completely eliminate gas cars: they allow that “20% of sales can be plug-in hybrids that run on batteries and gas,” the Associated Press reported. Existing gas cars can still be operated.

Liberal states such as Massachusetts and Washington are expected to follow suit, and the auto industry has generally welcomed the shift. However, some warn that simply mandating electric cars may not be the answer. As CalMatters notes:

John Bozzella, president and CEO of the Alliance for Automotive Innovation, a trade group representing automakers, said automakers support the transition to electric cars, but called the timeline “very aggressive,” adding that it will be “extremely challenging” for the industry to adjust in time.

“Whether or not these requirements are realistic or achievable is directly linked to external factors like inflation, charging and fuel infrastructure, supply chains, labor, critical mineral availability and pricing and the ongoing semiconductor shortage,” he said. “These are complex, intertwined and global issues well beyond the control of either the California Air Resources Board or the auto industry.”

Many of the components needed for electric vehicles are produced by China, or mined in countries where operations are monopolized by Chinese companies, adding to the logistical challenge auto manufacturers will face in meeting the mandate.

There is also the problem of California’s power grid, under strain due to “green” mandates. Electricity demand is expected to grow by 40% as drivers make the switch. Tesla recently told Texas drivers to restrict charging in a power shortage in July.