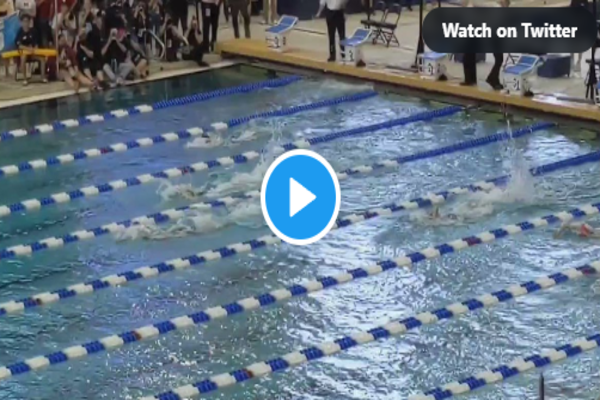 (breitbart) – An op-ed in the Washington Post has argued that men in women’s sports could actually be a good thing for young girls by teaching them the art of losing gracefully.

According to Alyssa Rosenberg, the aim of school athletics is not to teach children the art of achieving excellence but rather to build character, and what better way to build character in a teenage girl than having her experience the frustration of losing that championship title to a biological male? Her argument largely hinges on the unicorn of “sports-crazed parents” who will theoretically use transgender athletes in women’s sports as an excuse in the event their daughter loses.

“Why fake an athletic résumé or sue the varsity coach when you can simply accuse a girl who bested your daughter of being secretly transgender?” Rosenberg ponders.

“According to Deseret News, two Utah families whose daughters finished second and third to another girl in an unspecified sport have done just that. Their actions, and the resulting state investigation, should give pause even to parents concerned about making sure cisgender girls have a chance to compete,” she continues.

Chalking student athletics down to basic “physical activity and character-building,” Rosenberg claims that barring transgenders in women’s sports will ultimately teach “children to vilify and hurt their opponents.” Though Rosenberg admits that transgender athlete Lia Thomas dominated the competition in NCAA swimming, she agrees with Utah Republican Gov. Spencer Cox’s declaration that transgender athletes in women’s sports are merely a “very small number” of kids who “are looking to find a sense of connection and community.”

“The cruelty of some of these bills goes far beyond exclusion,” she laments. “Earlier this year, the Ohio House passed a measure permitting invasive sex verification for student-athletes. The law is so vaguely written that it risked opening the door for anyone, including a parent or coach, to knock out a competitor by challenging his or her sex.”

Rosenberg feels that high school athletic programs will enact full-blown inquisitions in which girls are forced to prove their biological gender.

Citing statistics that a majority of high school athletes do not go on to play in college, Rosenberg concludes that victories could actually lead to greater harm.

“A first-place finish or another win won’t ultimately be the key to a college scholarship, an Olympic berth, or the attentions of a pro scout,” she says. “Under these circumstances, parents have an obligation to foster not just excellence, but a sense of perspective, proportion and good sportsmanship.”

Hard work is important. But, sometimes, it won’t be enough, and not only in situations where someone else is cheating,” she concludes.