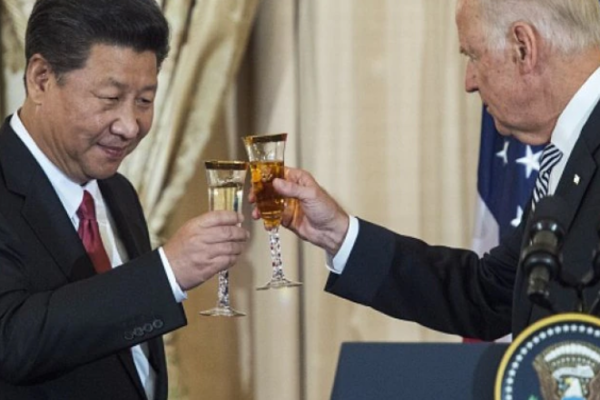 (bigleaguepolitics) – During its very short reign, the Biden regime has constantly been outdoing itself when it comes to putting Americans last. From not requiring illegals pouring over the border to receive the vaccine but requiring employees of large businesses and the federal government to do so to the logistical quagmire that was the withdrawal from Afghanistan, the Biden regime has seemingly taken America from one weakness to another and with potentially no end in sight. Most recently, the child sniffer-in-chief has taken national betrayal up yet another notch by opening America’s security apparatus wide open to infiltration from the country’s biggest geopolitical rival.

According to Summit News, Former Director of National Intelligence John Ratcliffe issued a dire warning during his appearance on Fox News on Sunday. Ratcliffe warned that the decision of the Biden regime to purchase drone technology from China to be used in federal law enforcement activities posed a tremendous security risk to America. Ratcliffe made the imminently sensible prediction that any and all Chinese companies working with the American government will inevitably relay vital American security information that they are exposed to back to the CCP or simply be forced to do so.