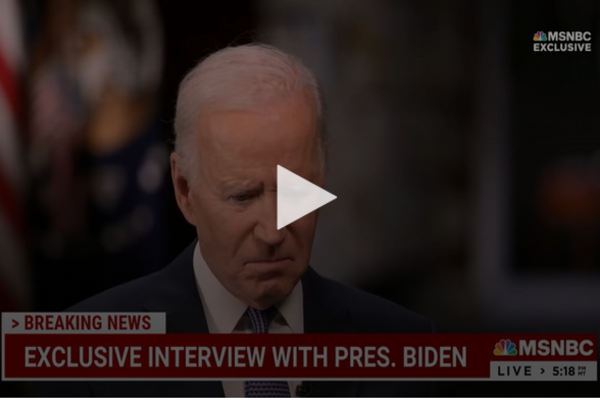 (breitbart) – During an interview with MSNBC on Friday, President Joe Biden responded to polling data showing people trust Republicans on the economy by stating he’s not sure how accurate polls are and “a lot of what we’ve done and we’ve passed has not kicked in yet.”

Host Jonathan Capehart asked, “[H]ere’s a problem, I think, for you and Democrats, despite all the good economic news, low unemployment, record job creation, wage increases, Social Security cost of living adjustment to 8.7%, the highest in 40 years. And yet, poll after poll shows that the American people trust Republicans on the economy and think that Republicans should control Congress. How do you break through that?”

Biden answered, “I’m not sure about the polls. Because the way people conduct polls today, it’s hard. 90% of it is you get on the telephone where you have to call seven times to get somebody to answer the phone, number one. Number two, a lot of what we’ve done and we’ve passed has not kicked in yet. For example, we have all this money to rebuild the highways, bridges, Internet, etc., but it’s going to take time. It’s not all happening overnight. It’s not like we passed a law and all of a sudden the highways and bridges are all functioning. And it’s not like we’re in a position where we’re saying no senior — which we do — is going to have to pay more than $2,000 a year for their drug costs…it hasn’t kicked in yet. It doesn’t kick in until next year.”