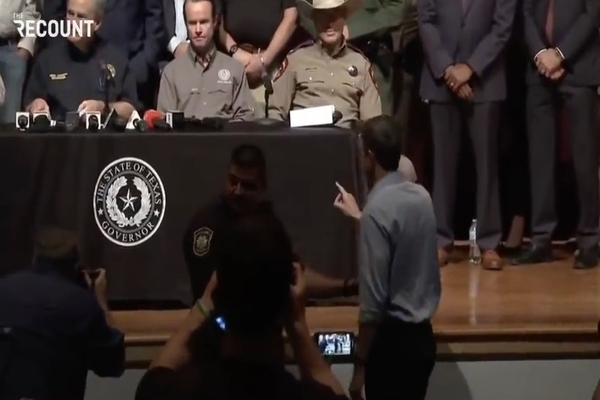 “Sick son of a bitch,” McLaughlin stood up and said to O’Rourke, who was standing up in front of the dais while blocking those in attendance.

The video’s audio indicates O’Rourke blamed Abbott for the shooting. “This was totally preventable,” Beto shouted at the governor. “You’re doing nothing, this is totally predictable.”

O’Rourke was rebuffed and ushered out of the room by security as onlookers held out their phones to catch a snippet of the heckler.

Blue checkmarks on Twitter erupted after the incident. While Republicans condemned O’Rourke’s antics, leftists cheered the disruptive behavior as “speaking truth to power” and means of change:

Follow Wendell Husebø on Twitter and Gettr @WendellHusebø. He is the author of Politics of Slave Morality.