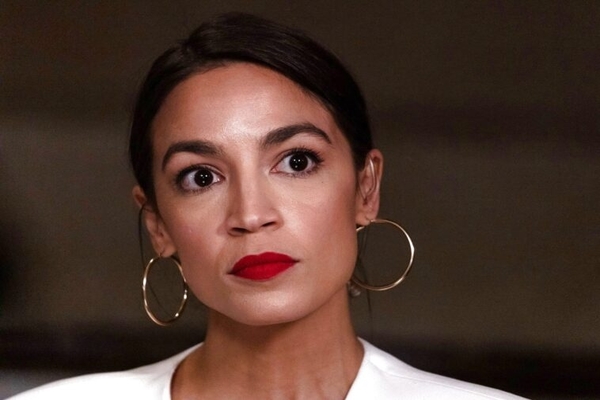 (trendingpolitics) – Rep. Alexandria Ocasio-Cortez (D-NY) is one of most device members of the U.S. House of Representatives. A neophyte in her position, “AOC” has already made several blunders in her attempt to prove her detractors wrong, but in the process is proving them right.

Ocasio-Cortez has had the opposite effect on young far left, green new deal Marxists, who have just recently been openly accepted in the Democratic party. As extremists though, the squad’s leftist mob has caused several issues for Speaker Nancy Pelosi, as she attempts to keep their majority in the House united.

AOC recently claimed that fossil fuel extraction sites have a “correlation” with the abductions and murders of indigenous women. As usual, these comments were not backed up with actual data, just irresponsible social justice platitudes, aka, a dog-whistle for angry tree-hugging feminists.

“Today, I want to discuss part of this crisis that is all too often overlooked, but whose evidence shows that there’s a very meaningful connection here: The correlation between fossil fuel extraction sites and abductions and murders of indigenous women across the United States,” Ocasio-Cortez said during a recently uncovered hearing on March 3 about “The Neglected Epidemic of Missing BIPOC Women and Girls.”

“Why is it that oil, gas and fossil fuel extraction sites have such a high correlation of violence and abduction against Native women?” she asked the witnesses.

Angel Charley, the executive director of the Coalition to Stop Violence Against Native Women, did not answer the question with data but with a theory that fossil fuel industry “man camps” cause harm to nearby “native women.”

“We know that when these man camps or temporary establishments are created, that there is an increase in violence and particularly sexual violence against our Native women,” Charley claimed.

“Am I right to understand that companies building these oil pipelines are often ruthless in their resistance against protesters and sometimes even encouraging violence against them?” Ocasio-Cortez asked a follow-up question.

“That is correct,” Charley responded.

The data Ocasio-Cortez cited to back up her claim appeared to be the kidnappings and murders in whole states that have oil pipeline projects.

“The ACLU of North Dakota also reported that 411 missing murdered, and indigenous people were kidnaped or murdered in states affiliated with pipeline projects, and that 10% of these cases occurred in counties where the Keystone Pipeline alone is proposed to be built,” she said.

This is not the first time AOC has made an outlandish statement.

On January 21st, 2019, Ocasio-Cortez made the claim that the: ‘World will end in 12 years if climate change not addressed”.

During an interview at the MLK Now event in New York City honoring Martin Luther King Jr., Ocasio-Cortez told interviewer Ta-Nehisi Coates that younger Americans are looking for bold solutions to climate change, and are not concerned about the cost.

“Millennials and people, you know, Gen Z and all these folks that will come after us are looking up and we’re like: ‘The world is gonna end in 12 years if we don’t address climate change and your biggest issue is how are we gonna pay for it?’ ” Ocasio-Cortez asked Coates.