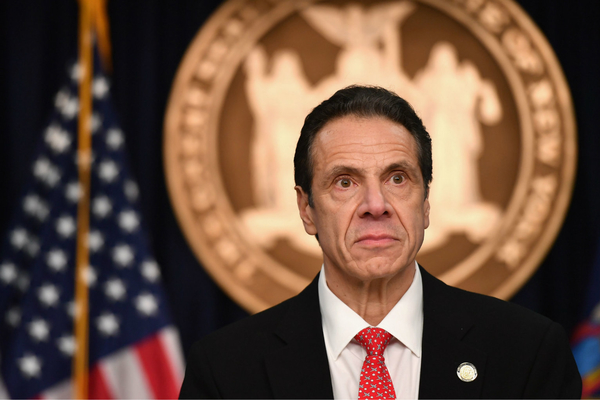 The Biden White House had reportedly considered imposing domestic travel restrictions on states such as Florida and California over concerns of the spread of the U.K. variant of the Chinese coronavirus. Florida has reported 343 cases of the variant B.1.1.7, while California has reported 156, and New York State has reported 59.

Overall, the daily average in cases reported nationally has been on the decline for weeks, but officials continue to warn against loosening public health measures as the vaccine rollout continues.

Gov. Ron DeSantis (D) has remained a primary target of the pro-lockdown Democrats — both in Congress and the establishment media — throughout the pandemic, as he has, in recent months particularly, refused to reimpose stringent lockdown measures or take sweeping action in the form of a statewide mask mandate.

“We will never do any of these lockdowns again, and I hear people say they’ll shut down the country, and honestly I cringe,” DeSantis said during an August 31 briefing in Central Florida, lifting bulky restrictions on businesses, such as restaurants, the following month. His announcement also included a ban on local fines on individuals who were penalized for breaking local mask mandates.

“We’re not closing anything going forward,” he vowed.

Meanwhile, blue state governors continued to impose restrictions on businesses throughout the fall and winter. In December, Gov. Andrew Cuomo (D) suspended indoor dining in New York City despite the fact that less than two percent of all cases stemmed from the establishments, per contact tracing data. Last month, Cuomo announced that restaurants could resume indoor dining at 25 percent capacity on February 14  “if positivity rates hold.” All the while, he continues to discourage New Yorkers from engaging in private gatherings or celebrations and consistently urges the universal wearing of masks.

The two governors have taken demonstratively different approaches, with the Republican governor remaining on the receiving end of criticisms from the establishment media. Despite their critiques, though, Florida appears to be faring better than New York State in terms of new cases reported in the last seven days.

Cuomo continues to face fallout over his state underreporting the number of coronavirus-related deaths specifically occurring in nursing homes and long term care facilities. Cuomo’s administration initially required facilities to accept coronavirus patients, leading to mass exposure and thousands of deaths among one of the most vulnerable populations. The New York State Department of Health, in a document revised July 20, 2020, reported that “approximately 6,326 COVID-positive residents were admitted to facilities between March 25, 2020 and May 8, 2020.”

“That was able to save a lot of lives on the front end,” DeSantis said during a January appearance on Fox News Primetime, noting that his administration focused on protecting the elderly “rather than trying to shut the entire society down.”

He has continued that approach in vaccine rollout, prioritizing seniors first. This week, he estimated that about 35 percent of the state’s seniors have been vaccinated.

The Florida governor has also battled with reporters in recent days over questions regarding maskless Super Bowl celebrations in Tampa, but he used the opportunity to demonstrate the establishment media’s hypocrisy.