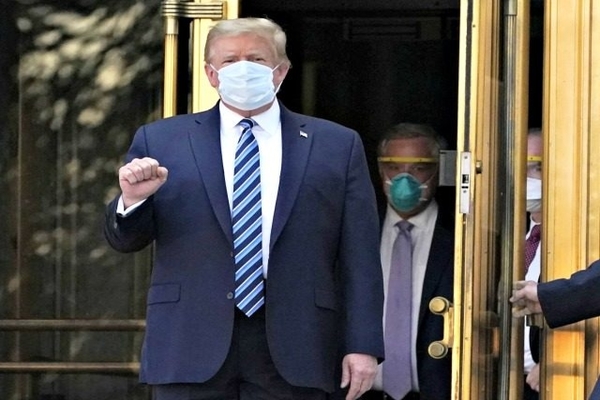 (breitbart) – President Donald Trump said early Wednesday morning he was prepared to contest the election results all the way to the Supreme Court.

“This is a major fraud on our nation. We want the law to be used in a proper manner,” Trump said. “So we will be going to the U.S. Supreme Court.”

The president said he wanted all new voting — after the polls were closed on Election Day — to stop.

The president took the stage at the East Room of the White House at 2:21 a.m. thanking a crowd of about 150 cheering supporters.

“This is without question the latest news conference I have ever had,” he joked as he took the stage.

But his tone quickly grew combative after he thanked his supporters across the country for voting.

The president vowed that he would keep fighting until that battle was official.

“We will win this, and as far as I’m concerned we already have won it,” he said.