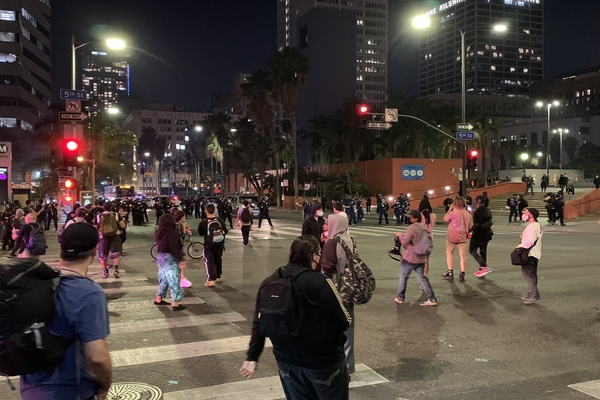 Protesters in downtown Los Angeles shouted obscenities at police officers. One report quotes protesters yelling “It doesn’t matter who the f*ck is in office, pigs are pigs.” They also yelled, “We f*ck your wife!”

On the night after the presidential election, protesters in Los Angeles marched on the streets yelling obscenities at police officers. FoxLA’s Bill Melugin reported one group yelling, “We f*ck your wife!” Another shouted,” pigs are pigs.”

In a tweeted video a protester can be heard yelling, “While someone’s f*cking your wife, you’re out here protecting people that don’t want to be protected in this country.”

Police declare the disruptive protest to be an unlawful assembly and begin moving the crowd away from the area.

When the crowd failed to disperse, the officers began making arrests.