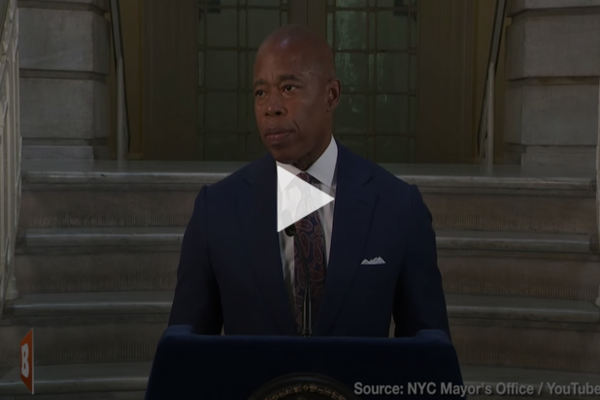 For months Abbott has been sending border crossers and illegal aliens on buses to a number of sanctuary jurisdictions across the United States, including New York City. Almost immediately, Adams told New Yorkers to get “on board” with waves of illegal immigration burdening schools, infrastructure, homeless shelters, and subways.

A new estimate from the Independent Budget Office (IBO) finds that the arrival of nearly 24,000 border crossers and illegal aliens to New York City is set to cost New Yorkers some $600 million over the course of a year and an additional $250 million if about 10,000 more arrive on buses in the coming months.

While an overall tax burden to New Yorkers, the arrival of thousands of border crossers and illegal aliens is proving lucrative for the city’s real estate investors and luxury hotel owners who are scoring city contracts to house hundreds in their properties.

Even as Adams spent $750,000 to set up a sprawling 84,000-square-foot migrant tent city on Randall’s Island, city officials announced that the tent city will be shuttered soon.

Instead, city officials are focusing on cost-transferring contracts with luxury hotels across Manhattan, Brooklyn, and Staten Island where they are paying millions to rent hundreds of hotel rooms that are being provided to arriving border crossers and illegal aliens, free of charge.

While more than 5.5 million border crossers and illegal aliens are estimated to have arrived at the southern border since Biden took office, the administration is welcoming at least 6,200 into American communities every day.