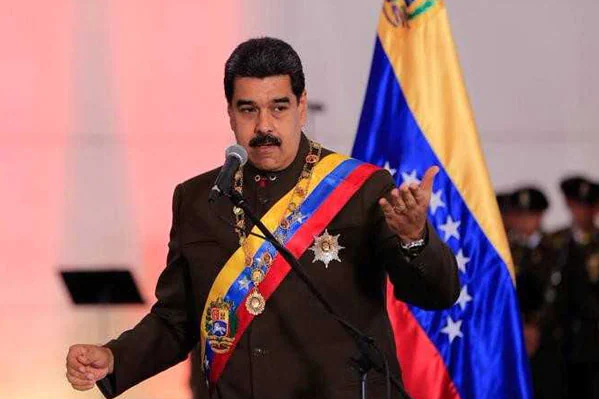 “Biden Admin secret meeting with #Maduro was a huge PR boost for #MaduroRegime,” Rubio tweeted after Biden reportedly sought an oil deal with the socialist nation.

“And a demoralizing betrayal of those who have risked everything to oppose Maduro & weren’t even told this was happening,” Rubio continued. “And for what?”

“The amount of oil #Venezuela can produce right now is insignificant,” Rubio said about the estimated 300,000 barrels a day the country’s state oil company produced in 2020.

Biden’s meeting with Maduro is likely a response to American dependence on Russian oil exports, which have been nixed by oil traders, impacting oil prices. Biden has refrained from sanctioning many relevant Russian energy companies in response to the Ukraine invasion:

Instead of supporting American energy independence, Biden is likely seeking a substitute for Russian oil. Russia provided ten percent of global supply last year. “Russia exported about 540,000 barrels a day to the U.S. in 2021, a little under what Venezuela exported to American refineries in 2018 before sanctions shut off the spigot,” the Wall Street Journal reported:

There have been no new wells drilled in Venezuela for months, he said, and to reach significant production levels Venezuela would need investments of $12 billion a year for five years. The country that was essential in providing crude to the Allied effort in World War II now pays down debt with oil to China. And Mr. Monaldi said its production is a “drop in the bucket in the world oil market.”

“This won’t help ease the pain at the pump for American consumers,” Mr. Monaldi said of the possible lifting of oil sanctions.

(The average cost of an electric vehicle is over $55,000) pic.twitter.com/VjBvhx4RGd

On Monday, gas prices reached just six cents below the 2008 all-time record high of $4.11, according to AAA’s national average.

The Keystone XL Pipeline would have provided an additional 830,000 barrels of crude oil per day to U.S. refineries AND created thousands of jobs.