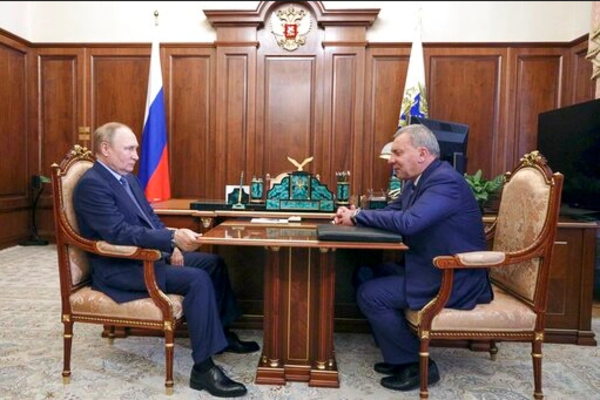 (breitbart) – The director of Russia’s space agency, Roscosmos, said on Tuesday that he expects Moscow to end its participation in the International Space Station (ISS) by 2024, Russia’s state-owned TASS news agency reported.

“Of course, we will fulfill all our obligations to our partners but the decision to leave this station after 2024 has been made,” Roscosmos head Yury Borisov told Russian leader Vladimir Putin during a meeting on July 26.

Yury Borisov replaced Dmitry Rogozin as the director of Roscosmos on July 15. Before his departure from the post, Rogozin said in late April that “Moscow had already decided on the deadline for ending participation in the project [ISS],” TASS recalled on Tuesday.

Rogozin did not provide further details at the time, but noted that “the Russian side is not obliged to ‘talk about it publicly,’ but is obliged to warn partners a year in advance.”

Rogozin indicated in March that Roscosmos would be unable to continue participating in the ISS unless Western sanctions on Russian entities were lifted. He referred to a raft of financial sanctions imposed on Russian enterprises by the U.S. government and its allies starting on February 24 in response to Moscow launching a war with neighboring Ukraine earlier that day. Roscosmos was hit by the sanctions wave because of its role within Russia’s defense industry.

TASS on Tuesday detailed Rogozin’s efforts to tie western sanctions against Russia to Roscosmos’s participation in the ISS, writing:

He also drew attention to Western restrictions against the Russian rocket and space industry and himself (joint projects related to the ISS were withdrawn from them), emphasizing that “the restoration of normal relations between partners <…> is possible only with full and the unconditional lifting of illegal sanctions [sic].”

In mid-March, Roscosmos sent letters to NASA, [and] the European and Canadian space agencies about lifting restrictions on their enterprises, but Western partners made it clear that their decisions would not be revised. Then Rogozin directly linked the terms of cooperation on the International Space Station with the lifting of sanctions.

The ISS was established in 1998 to service space research through an unprecedented international collaboration between five agencies: the U.S. National Aeronautics and Space Administration (NASA), the Canadian Space Agency, the European Space Agency, the Japan Aerospace Exploration Agency, and Roscosmos.

These five members “operate the International Space Station, with each partner responsible for managing and controlling the hardware it provides. The station was designed to be interdependent and relies on contributions from across the partnership to function. No one partner currently has the capability to function without the other,” according to NASA.

The ISS is due to be retired after 2024, though NASA claims the structure has the potential to remain operational through 2030.

The ISS traces its origins to “a time of hope for US-Russia cooperation following their Space Race competition during the Cold War,” Agence France-Presse recalled on July 26.