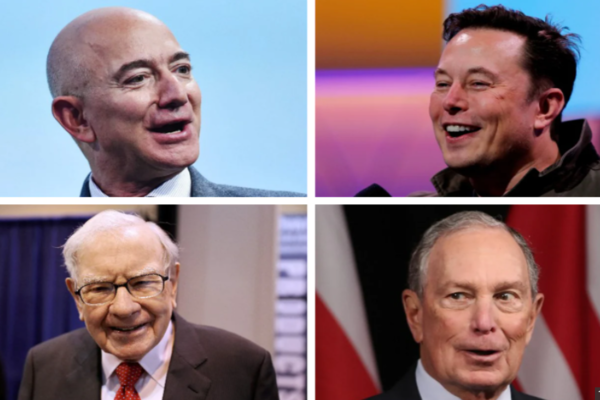 (breitbart) – George Soros paid no federal income tax three years in a row, according to a report released Tuesday by ProPublica.

Soros is among the famous billionaires—many of whom are leftist advocates of high taxes and big government—who paid less of their wealth to the taxman than many working-class Americans, ProPublica reports.

ProPublica says its reporting is based on “a vast trove of Internal Revenue Service Data” revealing that billionaires, who often finance Democrat campaigns to raise taxes in working Americans, “paid a total of $13.6 billion in federal income taxes in those five years” amounting “to a true tax rate of only 3.4%.”

A household earning the median income in the U.S. would typically face a tax rate of around 14 percent.

ProPublica calculates what it calls the “true tax rate” based on the increase in an individuals wealth rather than just income. That includes unrealized capital gains that occur when real estate or stock holdings rise. In the U.S. and much of the world, such gains are only taxed when an asset is sold, allowing gains to mount for years before they are ever taxed.

For instance, the following individuals have allegedly paid less than a two percent “true tax” rate:

The leaked documents confirm what Breitbart News reported in 2019 that “The wealthiest 400 Americans in 2018 paid a lower tax rate than all of the income groups in the United States,” according to research from University of California, Berkeley.

ProPublica’s finding were not from such obvious sources as academics, however, in which they note:

ProPublica is not disclosing how it obtained the data, which was given to us in raw form, with no conditions or conclusions. ProPublica reporters spent months processing and analyzing the material to transform it into a usable database.

It should be noted it is against the law to disclose confidential tax information. “Taxpayers have the right to expect that any information they provide to the IRS will not be disclosed unless authorized by the taxpayer or by law,” the IRS’s website states.