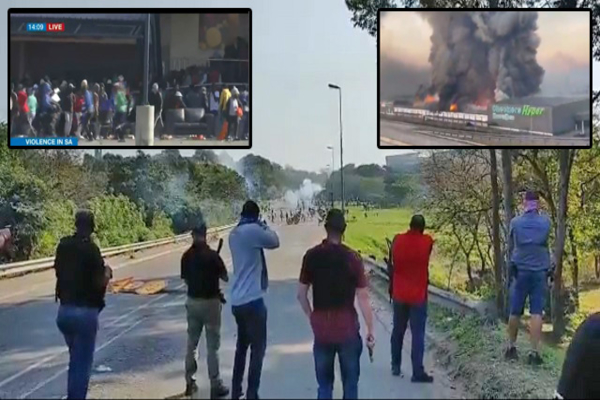 (IL) – The Rainbow Nation is falling apart along racial lines.

The rioting was “triggered by the arrest of the country’s former president, Jacob Zuma, after he was sentenced to 15 months in prison for refusing to participate in an inquiry into corruption during his 10-year presidency,” Sky News reports. “His family and supporters called for a national shutdown and groups of WhatsApp-circulated voice notes urged people to take to the streets.”

Looting on every CCTV camera:

Anti-white communist leader Julius Malema is threatening violence and rioting on Twitter (with no censorship):

Here’s some footage for the contrast of South Africa under apartheid (the ultimate evil):

The South African government is currently working on banning people from owning guns for self-defense and seizing white farmers’ land without compensation.