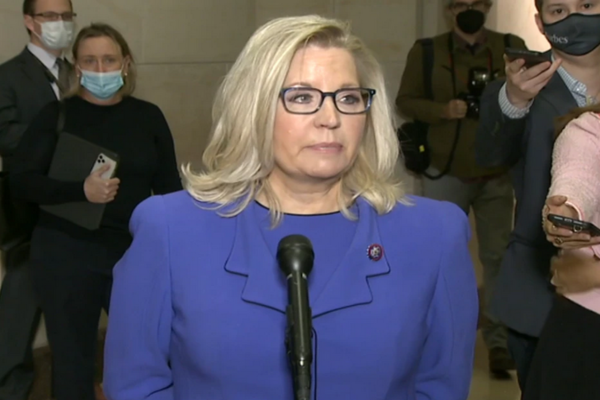 (breitbart) – Tuesday could be the beginning of the end for Rep. Liz Cheney’s (R-WY) political career, as the Cowboy State heads to the polls to decide her fate against Trump-endorsed Harriet Hageman.

Liz Cheney, whose net worth has grown perhaps 600 percent since being first elected in 2017, will be judged at the polls on Tuesday after opposing former President Donald Trump and voting with Democrats five times in the current congressional term. If Liz Cheney loses, she would be the eighth pro-impeachment Republican to exit Congress.

“She’s not a true Republican in the sense of our Republican values here in Wyoming,” federal Agriculture Department employee Gina Kron told the New York Times. Liz Cheney should be less focused on fighting Trump and more consumed with “fossil energy,” she conveyed.

Liz Cheney’s loss would mean a two-generation establishment dynasty would come to an end in a state “where her name recognition is nearly universal and her family’s political roots run deep,” the Associated Press reported Monday. As the daughter of former Vice President Dick Cheney, Liz Cheney’s ouster would also highlight the Republican party’s ongoing transformation from an establishment uniparty to a populist party that is less interested in the globalist agenda and more interested in America First policies.

In the closing days of the race, Cheney deployed her father in a TV ad, which did not mention the state of Wyoming but mentioned Trump six times. “In our nation’s 246-year history, there has never been an individual who is a greater threat to our republic than Donald Trump,” Dick Cheney stated in the ad.

On Thursday, instead of speaking about local Wyoming issues, Cheney spouted off about the FBI raid of Trump’s home. “I have been ashamed to hear members of my party attacking the integrity of the FBI agents involved with the recent Mar-a-Lago search,” she claimed. “These are sickening comments that put the lives of patriotic public servants at risk.”

On Sunday, Cheney won the support of disgraced former Sen. Al Franken (D-MN), one of many uniparty establishment supporters in Hollywood and elsewhere. Cheney has also earned the support of Hillary Clinton and former President Barack Obama donors and has solicited Democrat votes, though the Wyoming DNC chairman believes there are not enough Democrat votes to help Cheney win.

Money from outside of the state has flowed into the race to help Cheney. In contrast, Hageman has done quite well with Wyoming voters, who have donated more than $1.2 million — more than four times what Wyoming voters have donated to Cheney, FEC data shows. Overall, Cheney has outraised Hageman by nearly three to one.

Meanwhile, Harriet Hageman’s campaign has slammed Cheney for ignoring Wyoming voters. “She’s made her time in Congress and this election all about her,” a Hageman ad reads. “Well, it’s not about her. It’s about you. Wyoming deserves a voice in Congress to fight for our values, our way of life.”

Breitbart News reported on Sunday that Cheney’s husband, Philip Perry, is a partner at a law firm that represents Hunter Biden in the Department of Justice’s grand jury probe regarding “tax issues.” As a partner, Perry holds between a $1,000,001 and $5,000,000 stake in the firm, Latham & Watkins, according to Cheney’s 2020 Personal Financial Disclosure. Perry’s fellow partner, Chris Clark, represents Hunter Biden in the “grand jury investigation regarding tax issues,” his company biography says.

“This race is more about Liz Cheney than it is about Donald Trump,” Brad Coker, managing director of the polling firm Mason-Dixon Polling & Strategy, stated about his polling data. “The big story is Liz Cheney is going to get beat,” Coker added. “That’s a foregone conclusion.”