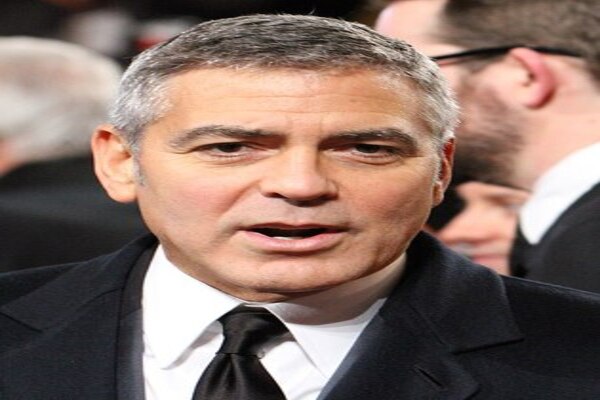 Clooney used the recent transfers of illegal aliens by Republican governors to liberal areas of the country as his prime example.

Clooney said America is going down the wrong path, especially with its political discourse. He lamented how “everyone jumps up and down and cheers when somebody’s owned,” but instead of keeping the conversation general, Clooney went all in to blame Republicans, focusing on the recent actions of Texas Gov. Gregg Abbott and Florida Gov. Ron DeSantis.

“’Let’s send them without any warning, you know, because it’s fun to own the liberals. We’ll send them to Martha’s Vineyard, you know, where Obama’s people [are] and we’ll send them to the Vice President’s house with no warning, no health, no, nothing,’” Clooney said mockingly. “So I look at where we are in this sort of coarsening of our discourse, and I find it to be worrying.”

Clooney apparently doesn’t remember when his pal Barack Obama rudely dismissed half of the American electorate as people who are “bitter clingers” to their “guns and religion.”

He must also somehow imagine that in 2016, when Hillary Clinton called half of America “irredeemable” and a “basket of deplorables,” that was somehow not an example of a “coarsening of America.”

Or when nearly every Democrat running for office going back decades tells voters that Republicans want to kill old people, oppress women, starve kids, and dirty our water, that is apparently just good, clean politics to Clooney.

Clooney added that the “dark things going on in the world” made him decide to jump back into making romantic comedies.

He also attacked Donald Trump, calling him a womanizer who is so “deeply flawed” that he never thought any one would vote for him in 2016.

“There’s this part of you that just goes, well, that guy shouldn’t be president, but I was wrong. And he was and our democracy, I believe, paid a price certainly around the world. And I worry about the possibility [of his re-election.] I don’t think it’s as good as some people are afraid, but I do worry about it,” Clooney exclaimed.

By many reports, though, Joe Biden has worsened America’s relationship with the rest of the world. Some foreign leaders, for instance, have said they believe that if Donald Trump had been reelected, Russia would never have invaded Ukraine.

But because Biden is perceived as so weak by foreign leaders, Russia was emboldened to invade its neighbor.

Also, this this month, it was reported that Saudi Arabia’s leaders thought so little of Joe Biden’s standing that they stuck their finger in his eye after he pleaded with them not to cut oil production as America faces skyrocketing gasoline pricess. Instead of agreeing to help Biden, the Saudi’s cut production anyway, paying no mind whatever to Biden’s predicament, according to the Wall Street Journal.

Then, when Biden accused the Saudi’s of siding with Russia over the cut in production, the Kingdom released an angry statement blasting Biden.

Even our long-time ally, the United Kingdom, seems to have turned against Joe Biden. The British government insisted late in Sept. that they have no interest in dealing with Biden on things like trade, as the U.S. and U.K. relationship continues to sour.