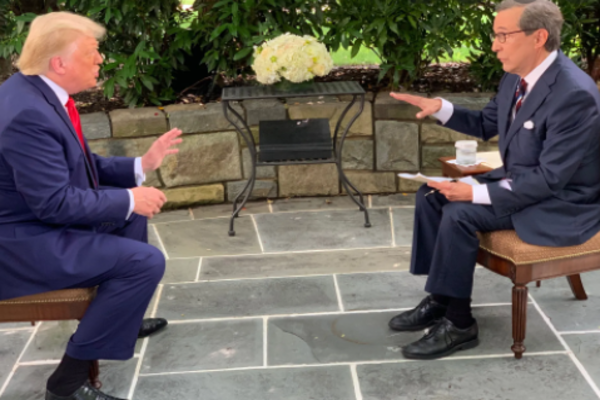 (breitbart) – Fox News anchor Chris Wallace said Sunday on “MediaBuzz” that he is “very grateful” to be living “rent-free” in the head of former President Donald Trump when asked about Trump’s criticisms of his debate moderation skills.

Referencing the first 2020 presidential debate between Donald Trump and Joe Biden, which was hosted by Wallace on September 29, 2020 in Cleveland, Ohio, anchor Howard Kurtz said, “By the way, Trump still takes shots at you over the first presidential debate that you moderated last year, saying, oh you didn’t have control.”

Wallace replied, “Well, you know what I say as, for a landlord, I’m very grateful that I’m allowed to occupy so much space in Donald Trump’s brain rent-free.”

Kurtz said, “To the extent, it got out of control, where does the fault lie on that?”

He quipped, “I think that’s a world record. I think Guinness should write him up for that.”

Kurtz said, “That war is among those still being fought.”