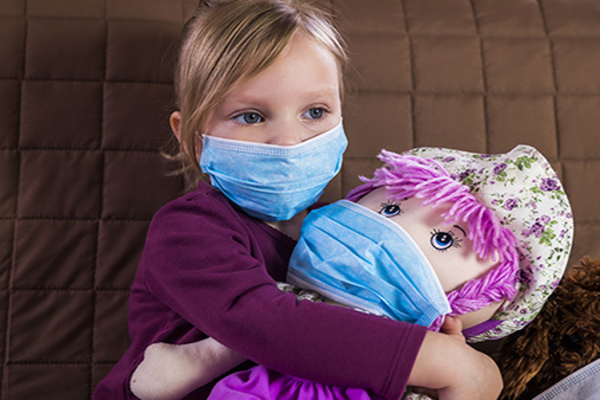 (breitbart) – Gov. Ron DeSantis’s (R) administration is hitting back after White House press secretary Jen Psaki told reporters it is “greatly concerning” that the Florida governor refuses to force children to wear masks in schools, asserting that those who are advocating to do so are simply “not following the science.”

On Thursday, Psaki told reporters she would be very concerned if she were a parent of a child in Florida, given DeSantis’s unyielding position to prioritize individual liberty and personal choice in regards to the Chinese coronavirus pandemic and, specifically, in relation to masking children in school. On Thursday, DeSantis affirmed his refusal to implement coercive government mandates on children and parents ahead of the school year. Psaki said:

If I were a parent in Florida, that would be greatly concerning to me because kids under the age of 12 are not vaccinated. They’re not eligible yet. As the president said last night, obviously it’s going to be led by the FDA, but certainly, we hope that will be soon.

Psaki claimed maskless schools will “put kids at risk” and bragged that her children are now “quite adjusted” to covering their faces in public.

“We know masks are not the most comfortable thing. I will say my kids are quite adjusted to them as I know many kids are, so certainly we would have concern about any step that doesn’t abide by public health guidelines and we think it puts people at greater risk,” she added.

DeSantis’s team told Breitbart News that those exercising Psaki’s line of thinking are simply not following the science.

“There is no scientific justification for masking children. On the contrary, studies have shown that children are at very low risk of COVID, masks can actually make them sick (because of bacteria that grows on the masks), and for young children, masks can interfere with speech and language learning,” Christina Pushaw, press secretary for Gov. DeSantis, told Breitbart News exclusively. She noted that the negative impacts of masks on children — from a social and mental health standpoint, particularly —  remain unknown.

“The negative impact of masks on children’s socialization and mental health is still unknown, but many parents are concerned about this, and their concerns are valid,” she said.

“Parents like Psaki who feel more comfortable muzzling their children are not following the science. With that said, parents are allowed to make their own choices in Florida. Masks just won’t be mandated in schools,” Pushaw added.

On Thursday, DeSantis promised that Florida will not force children to mask up in school, and he said his administration will stand up to the coercive masking campaign launched by the Biden administration, addressing the matter legislatively, if need be.

“We look forward to this upcoming year to be a normal school year, be in person and learn like normal kids,” DeSantis said during a Thursday news conference at Indian River State College in Fort Pierce, Florida.

“There’s been talk about, potentially, people advocating at the federal level imposing compulsory masks on kids. We’re not doing that in Florida, okay?” he promised, explaining that kids need to “be able to be kids” and “breathe.”“It’s terribly uncomfortable for them to do it. There’s not very much science behind it,” he said.

“There’s some schools we had that didn’t do masks. Others did. The outcomes were not meaningfully different, and so I think it’s really important that — parents can obviously equip their kid to go to school however they want, but there shouldn’t be any coercive mandates on our schools,” DeSantis said, noting the campaign from Washington, DC, trying to change that.

“At the end of the day, we got to start putting our kids first. We got to look out for their education. Is it really comfortable, is it really healthy, for them to be muzzled and have their breathing obstructed all day in school? I don’t think it is,” DeSantis said.

“I have a 3-year-old son. You’ve got people like Fauci saying he should be muzzled, that you should be throwing masks on these 3-year-old kids. It’s totally unacceptable and certainly unacceptable to have any level of government imposing that on parents and on kids,” he continued, adding that Florida is looking forward to a “normal school year.”

“Obviously people can–  parents can make decisions how they want to, we wouldn’t restrict that, but we certainly will not have any mandates on students and on parents in the upcoming school year,” DeSantis promised.

His remarks follow President Biden’s, who during a CNN town hall in Cincinnati, Ohio, this week warned parents that mask mandates in schools are “probably” going to happen.

DeSantis has continued to lead the charge on prioritizing freedom during the Chinese coronavirus pandemic, facing a wave of scrutiny last year after reopening the Sunshine State, allowing Florida’s economy to bounce back and flourish. All the while, the establishment media battered the governor with a series of blatantly false, debunked narratives, particularly as vaccine distribution began. For weeks on end, however, Florida — which never had a statewide mask mandate in place– continued to report fewer new cases of the Chinese virus per capita than pro-lockdown blue states such as New York.