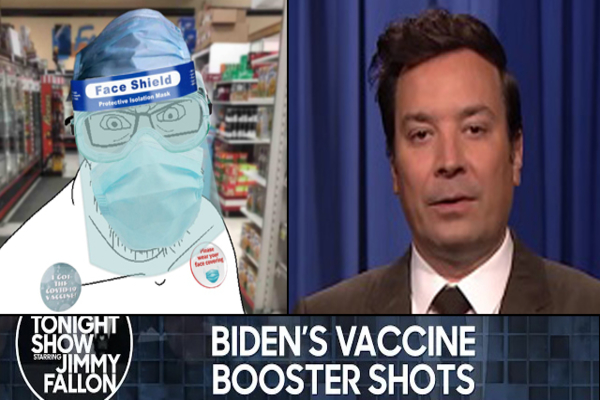 “Today here in New York City, the COVID vaccine mandate went into effect for restaurants and all other indoor venues,” Fallon said. “After hearing about the vaccine mandate New Yorkers were like, ‘You Suck de Blasi– oh, wait, that’s actually a good idea!’ “

The “joke” received only muted applause.

Fallon went on to say how cool the “excelsior pass” name for NYC’s vaccine passport was and said that “there are two official apps to prove you’re vaccinated — and the Facebook app to prove you’re not.”

Some people will do anything for money. I’m beginning to understand why Fallon is reportedly an alcoholic. Shilling this hard must kill one’s soul.

Nonetheless, NBC president Brian Roberts keeps him on the air just so he can shill the globalists’ agenda.