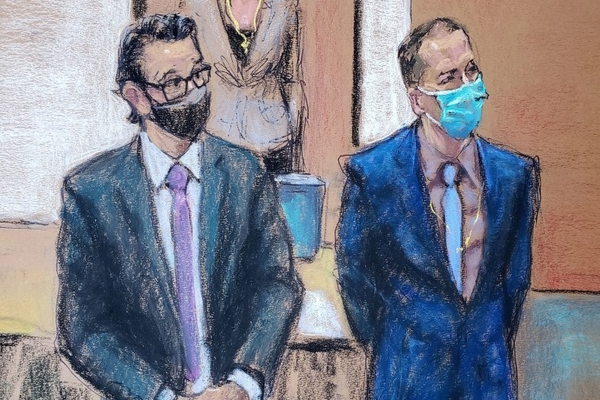 (nationalreview) – George Floyd should not have died, but the case does not stand as a totem of systemic racism either. Here are the facts.

NRPLUS MEMBER ARTICLEIf you did not watch the Derek Chauvin trial, but only heard the inflammatory comments spewing out of the White House and the media-Democrat complex, there are things about it you would never know. And you’d be apt to believe the claims that American law enforcement is systemically racist. I watched the trial day in and day out, so let me cut you in on a few basic facts.

Not a shred of evidence was introduced at the trial that Derek Chauvin is a racist. None. There was nothing in the weeks of testimony that even hinted at such a thing. The prosecutors who aggressively urged the jury to convict Chauvin of murder never intimated that racism played any role in the crimes. They convincingly argued that he was a bad cop, not a racist cop.

The police did not hunt down George Floyd. They did not randomly happen upon him. They did not make a discriminatory choice to hassle him. Instead, the police responded to a citizen complaint from a local market, Cup Foods, based on a report by a young black cashier that Floyd had passed him a patently counterfeit $20 bill.

The young cashier considered not telling his manager about what Floyd had done. But then, under the Cup Foods rules, the $20 would have come out of his own pocket, which wouldn’t have been right.

Still, the police were not called right away. A complaint was lodged only after Cup Foods employees (including the young cashier) pleaded with Floyd, not once but twice, to return to the store and settle the matter. Floyd, who was parked across the street in the company of his suspected drug-dealer companion, was obviously high on drugs and uncooperative — to the extent he was responsive at all — in replying to the employees’ pleas.

Chauvin was a late arriver to the police interaction with Floyd. The first two cops on the scene were rookies: Alex Kueng, a young African-American officer who had joined the Minneapolis Police Department with the aspiration of helping make it more diverse and empathetic, and his partner, Thomas Lane — who, like Chauvin, is white, a fact that had no bearing on the case (i.e., there’s no evidence that Lane is a racist, either).

Floyd did not merely pass a counterfeit $20 bill. He was obviously under the influence of narcotics while seated behind the steering wheel of a Mercedes-Benz SUV. And he was obviously the driver; in the back seat of the SUV was Shawanda Hill, an old friend who testified that Floyd had offered to drive her home.

Had the police searched the car, which they would have had probable cause to do, they would have found at least one more counterfeit bill and illegal narcotics (which were found later). Floyd had methamphetamine and fentanyl in his system (enough of the latter, potentially, to be fatal to a person who had not built up a tolerance to it by years of opiate abuse). Police also later found pills containing these two controlled substances with Floyd’s saliva on them.

This simply was not, as the conventional narrative holds, a case of police overreacting to a trivial counterfeiting violation (and by the way, passing false currency is a crime under federal and state law). The police got involved because of a citizen complaint, they investigated because there was evidence of a counterfeiting crime, and Floyd’s impaired condition rendered it inconceivable that they would have just written him a ticket and let him drive away. If they had done so, and if Floyd had hurt himself or others because he was impaired, the police would rightly have been blamed for that.

Floyd was already forcibly resisting his arrest by Kueng and Lane when Chauvin arrived on the scene with officer Tou Thao, his Asian-American partner — then an eleven-year MPD veteran, who is fluent in Hmong (a language spoken in parts of China, Vietnam, Laos, and Thailand). Before Chauvin ever intervened, Floyd was already complaining that he could not breathe — at a time when his breathing was obviously not being impeded by police.

According to the prosecution’s evidence, which the jury must be presumed to have credited, Floyd died because his lungs were constricted. To be very specific, Floyd was never placed in a choke hold. That Chauvin did not choke him is not merely a defense contention. It is the prosecution’s evidence. Floyd’s airway was never constricted by the placement of police hands or knees on his throat.

Between the pressure Kueng, Lane, and Chauvin placed on Floyd’s lower neck and back, and the reactive pressure of the unforgiving asphalt against his chest and stomach, Floyd’s breathing became increasingly shallow. There was inadequate oxygen in the blood flowing to his brain (which uses 20 percent of the oxygen human beings take in, despite being only 2 percent of our body weight). This gradually caused pulmonary failure and cardiac arrest, which is why Floyd suffered an anoxic seizure while he was being restrained.All Our Opinion in Your Inbox

That they did not choke Floyd does not excuse what Chauvin and his fellow officers did. Once he fought his way out of the squad car, Floyd no longer forcibly resisted. If a suspect ceases resistance, Minneapolis police are trained to de-escalate — as explained to the jury by the department’s chief, Medaria Arradondo, who is African American, and other top MPD officials. The cops on the scene had abundant opportunity to roll Floyd onto his side, which facilitates breathing and is what the police are trained to do.

Moreover, if a suspect in custody loses his pulse, Minneapolis police are trained to begin CPR techniques. Chauvin did not offer a convincing reason for failing to start chest compressions. That omission alone would be bad enough. Chauvin also, however, persisted in the back-and-neck restraint he’d been applying to Floyd for an additional four minutes, even after Floyd had no pulse and was not breathing.

That is unfathomable. It was thus rational for the jury to find that Chauvin’s restraint of Floyd, though it started out as a lawful use of force, (a) evolved into a criminal assault, and (b) demonstrated “depraved indifference” as the judge defined that term in his instructions on the law. These were the findings the jury had to make to find Chauvin guilty on the two murder counts (second- and third-degree murder). Furthermore, in drawing those conclusions, the jury necessarily found that Chauvin was culpably negligent, which is the finding that supports a second-degree manslaughter conviction.

George Floyd should not have died. The jury was fully justified in determining, as prosecutors forcefully argued, that in that encounter with police on May 25, he would not have died if it were not for the restraint tactics used by Chauvin, and that those tactics constituted excessive force.

Nevertheless, the case does not stand as a totem of systemic racism. To the contrary, the evidence proves that Chauvin was individually culpable. Far from being emblematic of an inherently racist law-enforcement agency, Chauvin’s actions grossly violated the standards of a police department that is committed to even-handed enforcement of the law and, from the top down, to diversity and amicable relations with the community.

The Biden administration and congressional Democrats are using the Chauvin murder conviction as the premise for claiming that policing in America must be transformed — by legislation and Justice Department monitoring — because it smacks of white racism against black people. This transformation, we are told, must begin with such steps as an official government assumption that racism explains why blacks are arrested at a disproportionately high rate (compared with their share of the overall population), and a categorical ban on choke holds.

And yet these are the facts: George Floyd was arrested not based on a police assumption but in response to a credible citizen complaint that he committed a crime, coupled with obvious evidence that he was high on drugs while operating a car. The police never choked him. And there is no evidence that racism motivated the police to mistreat him.