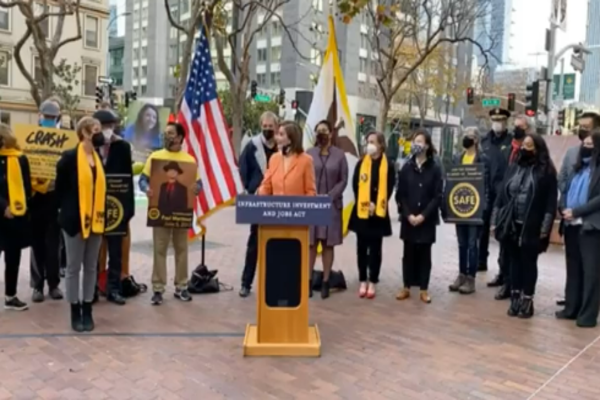 Pelosi ignored the mand and continued introducing attendees at the press conference.