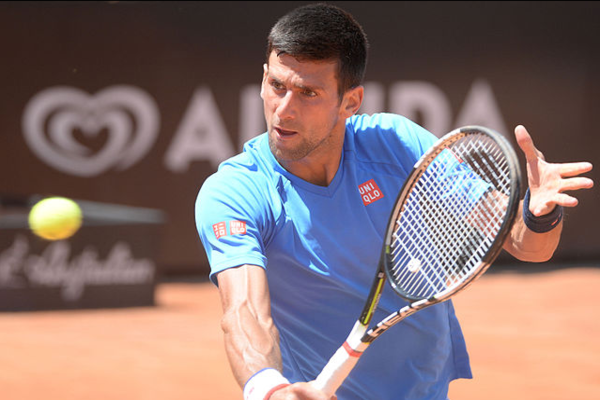 (IL) – Pureblood rank one tennis champion Novak “No-Vax” Djokovic was ordered to be deported from Australia on Sunday after the government argued his presence would “stoke anti-vaccine sentiment.”

The details of the case read like a parody.

From The Daily Mail, “Tennis superstar Novak Djokovic LOSES his last-ditch appeal to stay in Australia and will be deported within hours – after the federal government feared his presence would ‘stoke anti-vaccine sentiment'”:

Novak Djokovic will be deported from Australia after failing to convince three senior judges of his right to stay in Melbourne to compete in the Australian Open – after the government’s lawyers argued he’d become an ‘icon’ for anti-vaxxers.

[…] The high-powered legal team argued any anti-vax sentiment brought about in the community since the tennis ace arrived in Australia was a result of the government’s decision to cancel his visa, while lawyers for the federal government insisted he posed a risk.

The world number one’s lawyer Nick Wood presented his case at the Federal Court of Australia to a trio of judges, after Minister Hawke re-cancelled Djokovic’s visa on the grounds of ‘health and good order’.

Despite the 34-year-old being unvaccinated, Wood insisted he has not courted anti-vaxxer support and was not associated with the movement.

Government lawyer Stephen Lloyd said the fact Djokovic was not vaccinated two years into the pandemic and had repeatedly ignored safety measures – including failing to isolate while Covid-19 positive – was evidence enough of his views.

‘He’s chosen not to go into evidence in this proceeding. He could set the record straight if it needed correcting. He has not – that has important consequences,’ the government said in a written submission.

Lloyd also pointed to a series of protests already sparked by Djokovic’s arrival in Australia.

[…] Djokovic now faces immediate deportation and a three-year ban from Australia – dramatically shortening his odds of winning a championship he has bagged nine times before.

Hawke based his decision to cancel the visa on the view that Djokovic’s stance on vaccination could pose a threat to public health in the country if he stays in Melbourne and plays in the Australian Open.

Wood said: ‘Not a single line of evidence in the material provided any specific or logical foundation whatsoever that the mere presence of Mr Djokovic in Australia in itself may somehow foster anti-vaccination sentiment.

‘Is it conceivable that such a consequence might flow from Mr Djokovic’s presence in Australia? That’s not the point. One is looking for historic, past antecedent or evidence on which reasonable conjecture can be made.’

[…] On the issue of whether Djokovic’s presence would stoke anti-vaccination sentiment, Stephen Lloyd, representing the minister, made reference to such groups ‘treating the applicant as a hero’.

Lloyd said: ‘He’s a high profile person who is in many respects a role model for many people. His presence in Australia would present more strongly to Australians his anti-vaccination views.

‘People use high-level athletes to promote ideas and causes all the time. His connection to a cause, whether he wants it or not, is still present.’

Lloyd then spent a considerable amount of time countering the argument of Wood that Hawke had not considered the prospect that deportation could also stoke anti-vaccination sentiment and risk public order.

‘The minister was aware his decision to cancel would result in some level of further unrest but the minister was principally concerned that Mr Djokovic’s presence would encourage people to emulate his position and that would put the health of Australians at risk,’ said Lloyd.

[…] In court documents filed late on Saturday and made public on Sunday, the Minister argues his decision to cancel Djokovic’s visa had little to do with concern about him infecting others with Covid.

Instead, he argued Djokovic’s conduct and ‘position on vaccination… may encourage others to emulate him by reason of his high profile and status’.

‘If others were encouraged to take up or maintain resistance to vaccination or to COVID-19 restrictions, then that would present a problem for the health of individuals and the operation of Australia’s hospital system,’ court documents state.

The Minister also reasoned Djokovic’s presence could lead to rallies and protests – whether they be against the star or in support of him – which could become super spreading events and lead to significantly higher rates of community transmission.

[…] Chief Justice Allsop posed the question Djokovic could be seen as ‘an iconic sports star that is setting an example that is not wished to be followed’.

‘If Mr Djokovic won the Open, as he has in the past, there is an example embedded in the Minister’s reasoning that this is an example for young and not so young fans of tennis.’

Australia’s immigration laws are now based on whether or not your presence will produce support for Big Pharma’s consumer goods.

Djokovic’s presence may have reduced support for Big Pharma’s consumer goods and therefore he’s being deported.