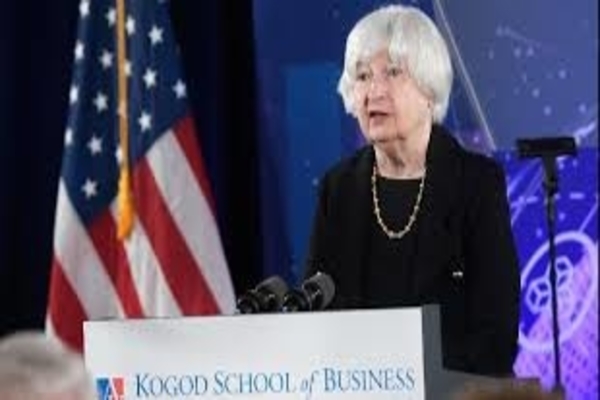 Gas soared to a tenth day consecutive record high of $4.91 per gallon on Tuesday. Prices have more than doubled since former President Donald Trump left office.

Speaking at the Senate Finance Committee, Yellen said “the administration has done everything that they can” to reduce energy prices.

Yellen did not mention Biden’s war on American energy, which includes driving up private and public financing costs of oil drilling, halting drilling on public lands, and canceling the Keystone pipeline.

Instead, Yellen claimed the energy price shocks were due to the coronavirus and the war in Ukraine.

“We currently face macroeconomic challenges, including unacceptable levels of inflation as well as the headwinds associated with the disruptions caused by the pandemic’s effect on supply chains, and the effects of supply side disturbances to oil and food markets resulting from Russia’s war in Ukraine,” Yellen claimed.

By subscribing, you agree to our terms of use & privacy policy. You will receive email marketing messages from Breitbart News Network to the email you provide. You may unsubscribe at any time.

According to Bloomberg, inflation will cost American households on average an extra $5,200 in 2022, or $433 per month. Inflation will also delay 25 percent of Americans from retiring, a BMO Real Financial Progress Index survey revealed.