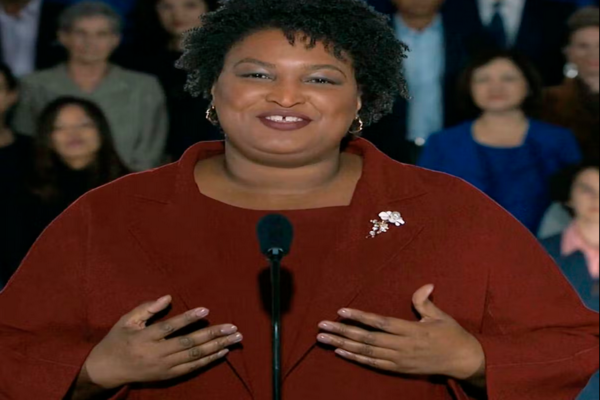 (breitbart) – Twice-failed Georgia Democrat gubernatorial candidate Stacey Abrams is now lobbying the Joe Biden White House to be the next nominee for the Federal Communications Commission (FCC), according to a report.

FCC nominee Gigi Sohn’s confirmation vote has been put on the back burner as Senate Democrats’ one-member majority has struggled to find a way to confirm her.

Sen. Maria Cantwell (D-WA), the chairman of the Senate Commerce Committee, said that she will push to renominate Sohn, a radical progressive on technology issues, if Congress’s upper chamber cannot confirm her this congressional session.

Conservatives have slammed Sohn for threatening to use the federal government to silence conservatives, and Sen. Marsha Blackburn (R-TN) has said that she has not been honest about her potential business conflicts.

Even if Abrams were to be nominated by the Biden administration, she may face an uphill battle, as most FCC commissioner nominees have strong telecommunications experience.

For instance, FCC Commissioner Brendan Carr was the agency’s general counsel before he became a commissioner. Prior to joining as a commissioner, Jessica Rosenworcel, the FCC chair, served as a senior communications counsel for the Senate Commerce Committee.

As for Abrams, she has spent most of her time losing to Gov. Brian Kemp (R) during the last two Georgia elections, and she has denied the results of those 2018 and 2022 gubernatorial elections.