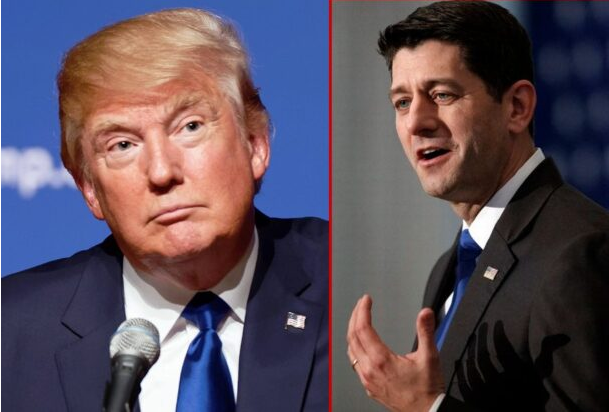 (trendingpolitics) – When George W. Bush, John McCain, and Mitt Romney ran for president, many conservatives weren’t particularly happy. Whether they disagreed with the foreign policy views of those neocons and RINOs, thought they weren’t tough enough on the culture war issues that define current politics, or anything else, many in the GOP wanted someone else.

But, in the name of choosing the lesser evil, they sucked it up and backed Romeny, McCain, or whoever else.

The RINOs, however, are unable to do that. Romney and McCain spat on all the goodwill shown to them by real conservatives and constantly worked to retard Trump’s agenda. The Bulwark crowd has had a multi-year hissy fit. The Lincoln Project pedos now openly side with Democrats. And Paul Ryan is now working to take down Trump, as the Conservative Treehouse Twitter account pointed out:

What does that mean? That it’s not a coincidence that Ryan is backing Pence in the internal fight between the MAGA patriots and the Conservative, Inc. crowd. As further noted on Wayne Dupree’s site:

“Pence is Paul Ryan’s guy, so it all makes sense. Paul Ryan is arguably one of the most powerful establishment RINOs in the country right now, because he has the power of the biggest media giant pushing his narrative, and trust me when I say, his narrative is 100 percent anti-Trump and anti-America First. Do you support Truckers fighting for Freedom?* Yes No Email* This poll gives you free access to our premium politics newsletter. Unsubscribe at any time.

[…]Paul Ryan is “teeing” up Pence for his anchors at Fox. Now, with strategic narratives in place, anchors can easily side with Pence, treat him as the “adult” in the room, and treat Trump like the unhinged teenager.

That’s the message and they’ll keep pushing it all the way to 2024.”

It all makes sense when you start to think about it. Trump and Paul Ryan could not be more different: one is brash but gets results, the other is a slick “suit” that gets nothing done but lines his pockets by promising the next election will mean salvation.

So, Ryan, wanting a return to the pre-Trump status quo where the GOP was little more than the court jester party for Democrats or the punching bag for the far left but GOP “leaders” like Ryan could line their pockets preaching the same tired old tropes from the Reagan days, is arranging his chess pieces to block Trump’s political resurrection.

Rather than cheer the one man who has taken on the leftist apparatus and won in the past decade, Ryan is discarding Trump and trying to put the milquetoast Pence in a position of power.

That’s laughable; Pence will never win, especially after his refusal to side with Trump on Jan. 6th. But, he could potentially take Trump down with him in 2024 if he and Paul Ryan’s Conservative. Inc. crowd pull out all the stops to take down Trump, as it appears they’re trying to do.

The RINOs are losers, but potentially dangerous losers. Trump and his America First movement need to take them on with eyes clear to the way the chess pieces have been arranged before the 2024 battle for the presidency against whatever leftist loser the Democrats put up begins.

Ryan and his focus on tax cuts at the expense of all the culture war issues cost Trump dearly in 2017-18, the time when the most could have been accomplished. We can’t let them ruin things again.