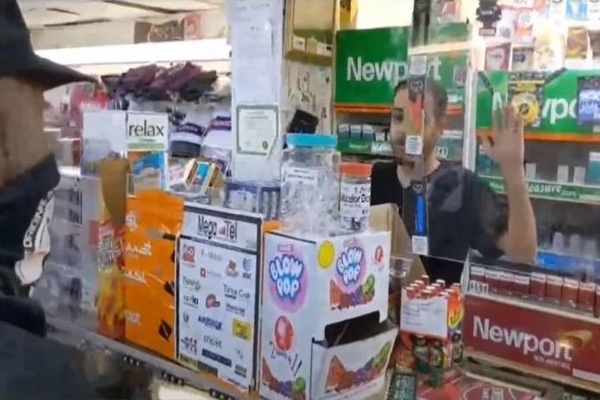 (nationalistreview) – Virginia’s New Black Panthers Swarmed Into A Convenience Store, Intimidated The Clerk, Stole The Store’s Gun, And Forced Him To Close Down The Business
The New Black Panthers swarmed into a Norfolk, VA convenience store, swept behind the counter, grabbed the store owner’s gun, and ordered the managing employee to shut down the business for the day. Nationalist Review has reached out to the Norfolk Police to ask whether they were aware of this incident and if any charges will be filed. What we can say is that there haven’t been any charges yet—the leader of the group, Mike Pain, is still posting on social media.

So let’s get this straight. A group of black men can walk into a convenience store, walk behind the counter, take the store’s gun, brandish it at the clerk, and get him to shut down the establishment. And nothing happens. But a white guy, sitting in his own home, with a group of rioting Black Lives Matter members trespassing on his property, isn’t allowed to hold a shotgun.

This video was shot by “Mike Pain The General,” a leader of the New Black Panthers, and demonstrates a pattern of intimidation and harassment. In the video, he claims that the clerk used the “N” word, but honestly it doesn’t seem like the clerk even understands what’s going on. Furthermore, Pain makes the mistake of changing his accusation in the caption of his video, wherein he states the clerk called a black female a “monkey b****.”

It might seem like a minor detail, but it should be an easy one to remember: did the clerk allegedly call the woman the N-word or did he call her a monkey? Mike Pain doesn’t seem to know. In any case, that doesn’t excuse them for going behind the counter and taking the firearm owned by the store owner. Nationalist Review has preserved a copy of this video.