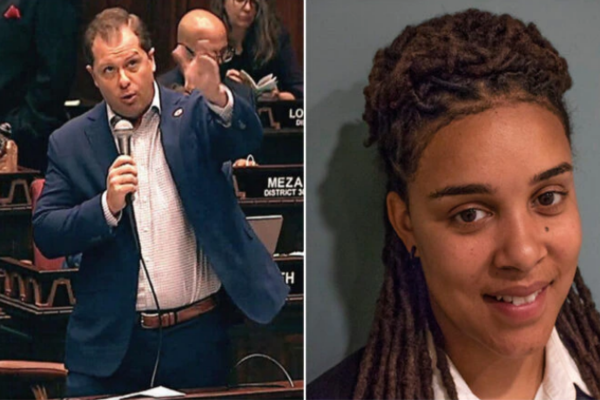 (bigleaguepolitics) – An Arizona state legislator is calling out Arizona State University for protecting two students who filmed themselves abusing and harassing white students inside the school’s multicultural student center, threatening the funding of the state-funded public university.

Tekola has played the victim after the university’s disciplinary system held her guilty of violating the student code of conduct. The Ford Foundation fellow had been required to merely write an essay on the importance of respect and democratic tolerance, but the leftist BLM militant has announced she refuses to do as such.

Rep. Hoffman didn’t mince words in calling out the administration of the left-wing public university. “ASU’s decision to give nothing more than a slap on the wrist to the individuals who racially harassed and threatened two students earlier this year is yet another example of the systemic double standard and institutionalized racism that has been allowed to foster under the leadership of ASU president Michael Crow.”

Two far-left ASU professors have called for Tekola and Qureshi to be given amnesty and free reign to harass and attack their fellow students, demanding ASU drop the code of conduct violations. The school, one of the largest public universities in the country, has been embroiled in a series of ultra-left “woke” political scandals over the past year, with some students threatening violence against incoming student Kyle Rittenhouse.

Speaking to the Sun Times, Hoffman expressed his willingness to fight to defund the once apolitical and comparatively moderate university.

“I’m saddened and disgusted that my alma mater has fallen so far from reputability and is now counted among the thousands of woke higher ed institutions that fail to prepare young adults for a productive and prosperous future. I certainly will not support one more cent of state funding for ASU or any public university that embraces this kind of racist, anti-American behavior.”