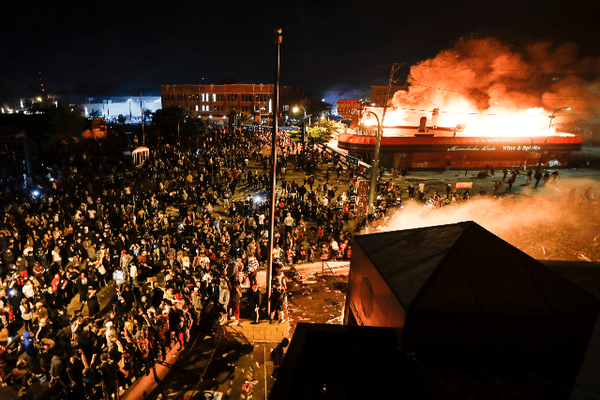 GABE GUTIERREZ: We came to Portland because we were looking at police departments across the country and it’s no secret that morale is down. In fact, according to one recent survey, it’s having profound effects on police departments — 40 percent increase in retirements compared to the previous years, 18 percent increase in resignations. In Portland, the issue is especially pronounced. You’ve had about 115 officers either resign or retire since July of last year. With that in mind, we wanted to come to the city and speak with a few of the officers. We spoke with the executive director of your police union, Daryl Turner, and we put to him that question how morale was in that city. Take a listen.